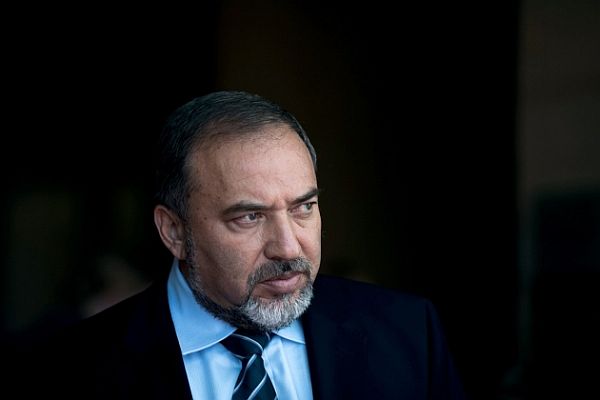 Newsweek refers to Avigdor Lieberman as “Israel’s most popular politician,” but then calls him its “far-right” foreign minister. He is indeed, but since he is also — in his words — “the mainstream,” it’s time the American mainstream media desist from portraying him as being on the political fringe.

Lieberman is a mainstream politician in a far-right country.

Racism has been normalized in what should now be universally recognized as a racist state — Israel cannot claim to be nor should be characterized by others as a liberal democratic state. Were it such, Lieberman could not possibly have risen this far.

Lieberman talks about his plan to strip at least 10 percent of Israelis of their citizenship:

You’re talking about drawing a line so that how many Israeli Arabs will no longer be part of Israel?

Polls suggest that 90 percent or more of Israeli Arabs don’t want that.

So even if a resident of [the Israeli Arab town] Umm al-Fahm, for instance, doesn’t want to become part of Palestine, if a majority in the country says he has to, he has no choice?

He can continue to live in his property, his house, his land [and become a citizen of Palestine], or he can move to Israel.

8 thoughts on “Lieberman: ‘I am the mainstream’”