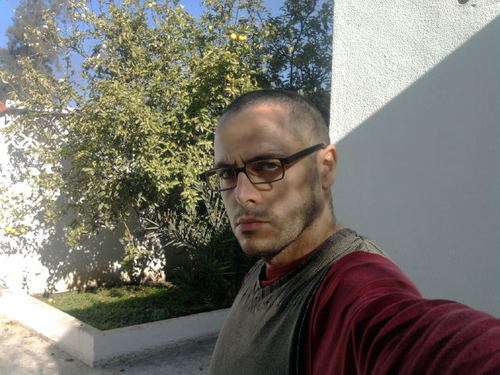 Only last week, the dissident blogger Slim Amamou was handcuffed to a chair in the notorious interrogation rooms of Tunisia’s interior ministry being psychologically tormented by the dictator’s henchmen and led to believe that the screams he could hear from neighbouring rooms was his family members being tortured.

It’s a sign of the dizzying speed of change in Tunisia that today he was being sworn in by the prime minister as minister for youth and sport, live-tweeting that the first clash between members of the ruling RCD party was over the fact that “I’m not wearing a tie.”.

Amamou is the CEO of a web development company and calls himself a “partisan of the neutrality of the net”. A member of the Pirate party, inspired by the Swedish movement, he has been active on the underground blogger’s circuit for many years. In a brutally repressive dictatorship, with the world’s most advanced internet censorship technology, rivalling that of China or north Korea, Amamou and his fellow bloggers circulated news and videos in the name of protesting against the repressive regime.

It’s wrong to call the Tunisian uprising a Facebook revolution, but there was no doubt that a cyberwar raged during the four weeks of protests that led to Zine al-Abidine Ben Ali’s fall. While Amamou and his fellow bloggers, such as “A Tunisian Girl”, spread news of the protests and brutal police repression, the state clamped down with its sophisticated counter-technology. The regime hacked into Facebook accounts, swiped passwords and codes and deleted entire pages. This led to a huge international hacking offensive called “Operation Tunisia” in which state sites were targeted, apparently by the collective known as Anonymous.

On 6 January, Amamou was at his office when he was arrested by Ben Ali’s police and accused, along with another key Tunisian blogger, of being part of the operation to “destroy” government sites.