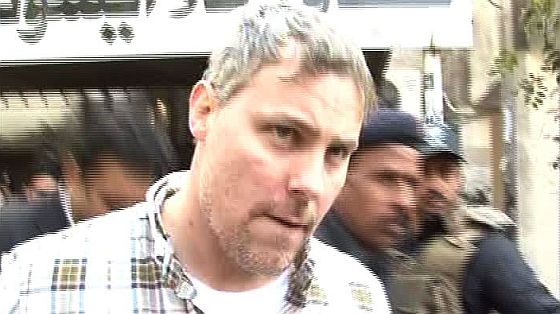 Pakistan’s Express Tribune, which is affiliated with the New York Times, reports:

As American newspapers lifted a self-imposed gag on the CIA links of Raymond Davis, in place on the request of the US administration, The Express Tribune has now learnt that the alleged killer of two Pakistanis had close links with the Tehreek-e-Taliban Pakistan (TTP).

The New York Times reported on Monday that Davis “was part of a covert, CIA-led team of operatives conducting surveillance on militant groups deep inside the country, according to American government officials.”

This contradicts the US claim that Davis was a member of the ‘technical and administrative staff’ of its diplomatic mission in Pakistan.

Davis was arrested on January 27 after allegedly shooting dead two young motorcyclists at a crowded bus stop in Lahore. American officials say that the arrest came after a ‘botched robbery attempt’.

“The Lahore killings were a blessing in disguise for our security agencies who suspected that Davis was masterminding terrorist activities in Lahore and other parts of Punjab,” a senior official in the Punjab police claimed.

“His close ties with the TTP were revealed during the investigations,” he added. “Davis was instrumental in recruiting young people from Punjab for the Taliban to fuel the bloody insurgency.” Call records of the cellphones recovered from Davis have established his links with 33 Pakistanis, including 27 militants from the TTP and Lashkar-e-Jhangvi sectarian outfit, sources said.

Davis was also said to be working on a plan to give credence to the American notion that Pakistan’s nuclear weapons are not safe. For this purpose, he was setting up a group of the Taliban which would do his bidding.