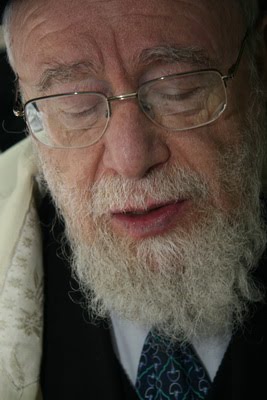 The wretchedness of the law in the face of Rabbi Dov Lior has many meanings, and Lior’s refusal to be interrogated over his support for “The King’s Torah – The Laws for Killing Gentiles” – only marginally gets at the heart of the matter.

Thirty years ago, the terrorist organization known as the “Jewish Underground” was set up with the purpose of killing Arabs. The group’s head of operations, Menachem Livni – who was convicted on multiple counts of murder before being pardoned by the regime – testified at the time that the living spirit, the initiator, the religious instructor and the coordinator of the murders was Lior.

This was true for the murders the underground carried out, and was also true for the pressure he put on the murderers to blow up buses and their passengers. The law states that someone who dispatches murders should receive multiple life sentences, along with additional time for organizing the crime. But thanks to instruction from higher up, Lior was never imprisoned, put to trial and or even properly interrogated.

And so he continued: Baruch Goldstein, who murdered 29 Muslims at prayer in Hebron in 1994, saw Lior as his rabbi and counselor. After the Tomb of the Patriarchs massacre, Lior declared that “Baruch Goldstein was holier than the saints of the Holocaust.” The living spirit behind the religious edicts against Prime Minister Yitzhak Rabin, which lead to his 1995 assassination, was also, according to testimonies, Lior. Rabin’s assassin frequented Hebron, where he used to see Lior.

Rabbi Lior is not in prison. He currently serves as a municipal rabbi, the head of a Jewish court and the dean of a large IDF yeshiva. He also heads the Judea and Samaria rabbis committee. Thousands adhere to his commands, hundreds of thousands are taught his ideology, tens of thousands of shekels are paid to him by the Israeli taxpayer every month.

This utter aberration is no accident. The regime chose Lior. Tel Aviv is a dream world. The actual reality that has been instilled in Israel is Lior. Under King Lior, Israel has built a world where the Jews are citizens and the Arabs are not, both in the occupied territories and in Jerusalem; where a Jewish man is a citizen and his Arab neighbor is not. Most Jewish first-graders attend ultra-Orthodox and religious schools. The majority of them are educated along the lines of “The King’s Torah.” A Jew is human. A non-Jew is non-human. “Thou shalt not kill” does not apply to non-Jews. And this is not delivered in the form of incitement, but as a simple statement of a fact. As simple as calling a chair a chair.

There are no ifs, ands or buts about it. Either you’re with Lior or you’re against him. The rabbis who chose him are Lior. The education minister – who visited the Tomb of the Patriarchs hand in hand with the convicted terrorist Livni, whom he seeks to put in charge of educating the children who will be brought to Hebron – is Lior. The prime minister, who enslaves Israel to the racist world of the settlements, is Lior.