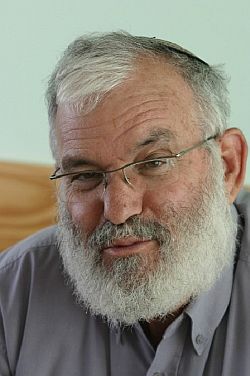 If media reports are correct, Netanyahu’s new pick for the important position is Major-General (res.) Yaakov Amidror, who in the past advocated for reoccupying the Gaza Strip and staying there “for many years.” Earlier this month, Amidror wrote that “negotiations with the Palestinians and even an agreement with the Palestinians (…) will not benefit Israel in any way as it faces the threats that might emerge in the future.”

Amidror retired from the IDF in 2002, after serving as the head of the analysis wing of Israel’s military intelligence and as the commander of the IDF’s academies. After retiring from the IDF, he wrote extensively for Israeli think tanks and daily newspapers. His paper trail leaves no doubt about his extreme views, which included vicious attacks on the New Israel Fund, sharp criticism of the Obama administration’s “naive” Middle East policy, and dismissive views regarding the viability and advisability of creating a Palestinian state in the West Bank and Gaza.

Amidror is associated with the ultra-right national-religions party “The Jewish Home.” In 2008, he headed a commission tasked with composing the party’s list for the general elections. The party, which is dominated by former National Religious Party (NRP) politicians, supports a “greater Israel” ideology and is considered the most authentic political representative of the ideological messianic settlers in the West Bank.

3 thoughts on “Yaakov Amidror – in his own words”