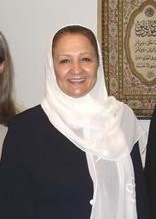 Ask people in Benghazi what awaits them if Muammar Gaddafi’s army fights its way back into the rebel capital and the chances are they will talk about Huda Ben Amer.

Today she is one of the Libyan dictator’s most closely trusted lieutenants, but nearly three decades ago Ben Amer was a young woman in Benghazi keen to earn a name with the regime. Her moment came at the public hanging of one of Gaddafi’s opponents in 1984. Ben Amer rushed forward as the unfortunate man dangled from the rope, wrapped her arms around his body and used her weight to pull down until he was dead.

That stomach-churning performance won her Gaddafi’s attention, and Ben Amer rose to become powerful, rich and twice mayor of Benghazi. It also earned her the enduring hatred of many in a city long viewed by the regime as riddled with subversion, where she is spoken of with the same depth of loathing and fear as the dictator.

When the revolution erupted in Benghazi last month, a crowd descended on Ben Amer’s sprawling white mansion and, on discovering that she was out of the city, burned it to the ground.

“If we lose, Huda Ben Amer will hang all of us,” said Walid Malak, an engineer turned revolutionary who has armed himself with a Kalashnikov plundered from a military base abandoned by Gaddafi’s forces. “Everyone in Benghazi knows it’s them or us.”