CNN’s Ben Wedeman: “Mohammed Nabbous was one of the courageous voices from Benghazi broadcasting to the world from the beginning. Smart, selfless, brave.”

Andy Carvin: “One thing to take away from Mo’s death this morning. His final reporting made it clear to the world that Gaddafi’s ceasefire was bullshit.” 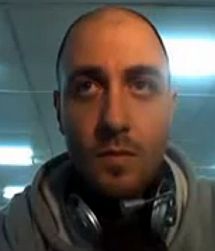 Video reporter Mohammed Nabbous, the founder of Libya AlHurra TV, was killed in the morning of 19 March 2011 in Benghazi, while reporting on the civilian attacks by the pro-Gaddafi forces, announced Libya AlHurra TV.

“He touched the hearts of many with his bravery and indomnitable spirit. He will be dearly missed and leaves behind his young wife and unborn child”, said Sharon Lynch, TV station representative.

Mohammed Nabbous, better known as Mo, reflected the situation in Libya over the past weeks, providing exclusive video coverage of dangerous developments and situations. Mo was among the very few independent sources, which were able to provide alternative information on the ground.

“Mo’s objective in founding Libya AlHurra was to help his countrymen by getting the word out about what is happening in Libya”, said the AlHurra TV representative. Mo supplied on-the-ground videos and analysis of the situation in Libya over the past weeks and continued doing as so as Benghazi bombing and tank invasions began on 18 and 19 March.

Mo was shot by Gaddafi forces and for awhile was in a critical condition. At 3pm CET Mohamed reportedly passed away. His wife announced his tragic death in a video on Libya Al-Hurra TV.

This is one of Mohammed’s last reports where he went to a residential area in Benghazi which came under missile attack from Gaddafi’s forces last night.

This is Mohammed’s first broadcast:

This is his last report during a heavy gunfight in which he was fatally wounded:

6 thoughts on “Mohammad Nabbous, face of citizen journalism in Libya, is killed in Benghazi”