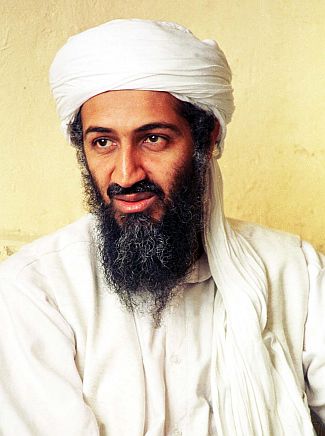 No, that isn’t a metaphysical statement; just a rather prosaic observation.

The war on terrorism made pitifully little sense other than in symbolic terms, yet even in these terms the US has consistently been the loser.

9/11 was an offense to American pride — how could the greatest, most powerful nation on earth be brought to its knees by a small band of young men armed with box cutters?

Apparently, the only way to restore American pride and reinvigorate American power was to go on a rampage across the Middle East, kill hundreds of thousands of people and then, in what most Americans would gladly see as the final act, execute America’s archenemy. If we bankrupted ourselves along the way, it was all in the name of the most noble cause: the war between good and evil.

But evil can only be effectively externalized and symbolically vanquished if we simultaneously indulge in the willful suppression of awareness. The destruction of al Qaeda has only been a plausible objective for as long as we remain dreamily wedded to our own sense of innocence.

Elliot Abrams, a man still guided by his own dream images of the Middle East, writes:

The timing of Osama bin Laden’s death is perfect, coming during the Arab Spring. Al Qaeda’s message that violence, terrorism and extremism are the only answer for Arabs seeking dignity and hope is being rejected each day in Tunisia, Egypt, Libya, Syria, Yemen, Bahrain and throughout the Arab lands.

Al Qaeda and its view of the world are being pushed aside in favor of demands for new governments, free elections, freedom of speech and assembly and an end to corruption. Bin Laden’s death weakens Al Qaeda and Salafi movements further by taking away their most powerful symbol.

But on the contrary, what bin Laden’s death has achieved is to terminate the real life of a fugitive and leave behind nothing but the powerful symbol.

While in the eyes of Americans bin Laden came to symbolize violence, in the eyes of those who looked up to him as “Sheikh Osama” he symbolized a beacon of defiance in a region where for too long subservient populations had acquiesced to authoritarian rule by leaders who were themselves subservient to American interests.

As a political awakening now erupts across the region, a narrow violent Islamist movement has not so much been rejected as it has been superseded by a broad, youthful, partially non-violent, popular movement.

Even if the Middle East’s young revolutionaries have no organizational links or ideological sympathies with al Qaeda and its affiliates, the jihadists can nevertheless be viewed as a historical precursor to the Arab Spring in as much as they too rejected the political legitimacy of the region’s American-backed autocratic rulers.

To the extent that commentators portray the uprisings as ideologically non-violent, this seems to say more about the way Americans across the political spectrum have in the post 9/11 era been conditioned to view political violence, than it says about the nature of the Middle East’s ongoing revolutions. If one wants to praise the uprisings it is only politically correct to do so if one also praises their ostensible non-violent character.

Nowhere has this image of non-violence been held up more frequently than in the coverage of the Egyptian revolution, but as Egyptian journalist and blogger, Hossam el-Hamalawy, writes, this image is a fabrication.

One of the biggest myths invented by the media, tied to this whole Gene Sharp business: the Egyptian revolution was “peaceful.” I’m afraid it wasn’t. The revolution (like any other revolution) witnessed violence by the security forces that led to the killing of at least 846 protesters.

But the people did not sit silent and take this violence with smiles and flowers. We fought back. We fought back the police and Mubarak’s thugs with rocks, Molotov cocktails, sticks, swords and knives. The police stations which were stormed almost in every single neighborhood on the Friday of Anger–that was not the work of “criminals” as the regime and some middle class activists are trying to propagate. Protesters, ordinary citizens, did that.

Egyptians understand well what a police station is for. Every family has a member who got abused, tortured or humiliated by the local police force in his/her neighborhood. And I’m not even talking here about the State Security Police torture factories. I’m talking about the “ordinary police.”

Other symbols of power and corruption were attacked by the protesters and torched down during the uprising. Revolutionary violence is never random. Those buildings torched down or looted largely belonged to Mubarak’s National Democratic Party.

In a number of provinces like in N Sinai and Suez, arms were seized by protesters who used them back against the police to defend themselves. State Security Police office in Rafah and Arish, for example, were blown up using RPGs, hand grenades and automatic rifles, while gas pipelines heading to Jordan and Israel were attacked.

Am I condemning this violence? Totally not. Every single revolution in history witnessed its share of violence. The violence always starts on the hands of the state, not the people. The people are forced to pick up arms or whatever they can put their hands on to protect themselves.

Along with dispelling the myth of non-violence, maybe it’s time we stopped calling this an Arab Spring — or at least remember that spring brings tornadoes and storms and not just flowers and birdsong.

6 thoughts on “Osama bin Laden and the Arab Spring”