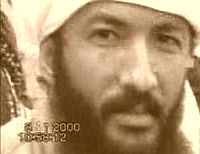 In light of the widely reported news that Sayf al-‘Adl (also spelled Saif al-Adel) has taken the reins of operational leadership within al-Qa’ida in the wake of the death of Osama bin Laden, I thought it would be useful to Jihadica’s readers to provide a bit of context about this man and about the significance, if any, of these reports (see, e.g., Musharbash and Bergen), all of which rely on the testimony of Noman Benotman, a former leader of the Libyan Islamic Fighting Group.

First of all, it would be more correct to say that Sayf al-‘Adl remains the operational leader of al-Qa’ida rather than that he has lately assumed this rank. (Nor is this the first time that Benotman has called attention in the press to Sayf’s operational re-emergence in al-Qa’ida. He discussed Sayf’s release from Iran and return to headquarters, as it were, with Der Speigel last October) Several al-Qa’ida insiders have reported since 2009 that Sayf took the top slot in al-Qa’ida’s military committee after the 2001 death of Abu Hafs al-Masri (Muhammad Atef). These sources also evidence long standing tensions within the organization about Zawahiri being AQ’s second-in-command, next in line to lead should Bin Laden exit the scene.

This much can be gleaned from Abu Jandal (Nasser al-Bahri), the Yemeni former bodyguard of Bin Laden, who has much to say on both points in his 2010 memoir. Abu Jandal broke with al-Qa’ida after 9/11, but according to him up to that point the chain of command in operational terms was clearly Bin Laden, Abu Hafs, Sayf, and then Abu Muhammad al-Masri (Abdullah Ahmad Abdullah). With Abu Hafs dead, Sayf took the operational lead as head of the military committee. As for the doubts about Zawahiri, at the end of his book Abu Jandal asks himself what would happen if Bin Laden died, and answers that while Zawahiri would theoretically replace him, “to me, Zawahiri does not possess the requisite qualities to lead the organization.” He goes on to say (translating from the French here):

“Bin Laden is a born leader. He commanded al-Qa’ida with a certain transparency, rendering him universally acceptable; he is open to dialogue; and he has historical legitimacy. Zawahiri, though, conducts his affairs in secret. There are numerous members of al-Qa’ida that would not accept Zawahiri taking over. His behavior and that of the Egyptians have generated a great deal of reserve, sometimes very harsh criticism. All of this has left its mark. His statements, as we have seen, are sometimes dismissed. I doubt he has sufficient authority for such a position, even with his well-known authoritarianism and his penchant for centralizing power in himself” (p. 281).