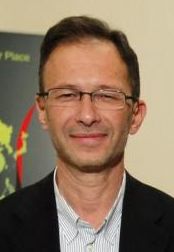 Reuters journalist Suleiman al-Khalidi, a Jordanian citizen, was arrested by Syrian security police when covering the uprising against Syrian President Bashar al-Assad. In the following story, he recounts his treatment at the hands of the Syrian intelligence services and the scenes of torture he witnessed around him during four days of confinement.

Like other foreign correspondents, he was subsequently expelled from Syria. He now reports on the continuing unrest from Amman.

The young man was dangling upside down, white, foaming saliva dripping from his mouth. His groans sounded more bestial than human.

It was one of many fleeting images of human degradation I witnessed during four days as an unwilling guest of Syrian intelligence, when I was detained in Damascus after reporting on protests in the southern Syrian city of Deraa.

Within minutes of my arrest I was inside a building of the intelligence services — known, as elsewhere in the Arab world, simply as the “Mukhabarat.” I was still in the heart of bustling Damascus, but had been transported into a macabre parallel world of darkness, beatings and intimidation.

I caught sight of the man hanging by his feet as one of the jailers escorted me to the interrogation room for questioning.

“Look down,” the jailer shouted as I took in the scene.

Inside an interrogation room, they made me kneel and pulled what I could just make out as a car tyre over my arms.

My reporting from Deraa, where protests against President Bashar al-Assad had broken out in March, had apparently not endeared me to my hosts, who accused me of being a spy.

The formal reason Syrian authorities gave Reuters for my detention was that I lacked the proper work permits.

That I was an established journalist working for Reuters, going about my professional business, was not an argument to men whose livelihood depends on breaking human dignity.

“So, you cheap American agent!,” the interrogator shouted.

“You have come to report destruction and mayhem. You animal, you are coming to insult Syria, you dog.”

From outside the room I could hear the rattling of chains and hysterical cries that echo in my mind to this day. My interrogators worked professionally and tirelessly to keep me on edge at every step of the questioning process over several days.

“Shut up, you bastard. You and your types are vultures who want to turn Syria into another Libya,” said another interrogator, who kept yelling: “Confess, liar!”