Benjamin Netanyahu, who endlessly preaches the need for firm action against Iran to prevent it from acquiring nuclear arms, is not lifting a finger to stop Israeli companies and individuals indirectly trading with Iran. 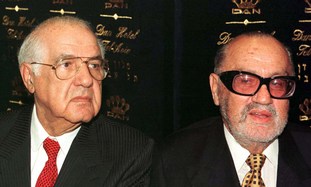 The Ofer Brothers Group may be scurrying into damage control in Israel, Singapore, London and Washington, after the United States blacklisted it for trading with Iran, but Israel seems to be doing nothing to enforce international sanctions on Iran.

Prime Minister Benjamin Netanyahu, who endlessly preaches the need for firm action against Iran to prevent it from acquiring nuclear arms, is not lifting a finger to stop Israeli companies and individuals indirectly trading with Iran.

Nor is he acting against international companies and corporations that operate in Iran, while maintaining huge contracts with Israeli companies – including state bodies like the Electric Corporation and Airport Authority.

This incompetence, bordering on grave deficiency, is causing severe damage to the image of both Israel and its prime minister.

A day after the US State Department announced it would impose sanctions on Israeli company the Ofer Brothers Group for its role in the sale of a tanker to a banned Iranian company, anti-corruption watchdog group Ometz sent a letter to the attorney general asking him to conduct a thorough investigation into the company’s Israeli holdings.

The Ofer Brothers group was identified as one of seven companies facing US sanctions, for its part in a September 2010 transaction that provided a tanker valued at $8.65 million to the Islamic Republic of Iran Shipping Lines.

According to a fact sheet released by the State Department, the Ofer Brothers Group, together with Singapore based Tanker Pacific, “failed to exercise due diligence and did not heed publicly available and easily obtainable information that would have indicated that they were dealing with IRISL.

“By imposing these sanctions, we’re sending a clear message to companies around the world: Those who continue to irresponsibly support Iran’s energy sector or help facilitate Iran’s efforts to evade US sanctions will face significant consequences,” read the statement.

Ofer Brothers Group denied it had knowingly traded with a company that has ties to Iran.

In its letter, Ometz wrote that in light of the potential harm to the company following the sanctions, and due to the fact that the Ofer Brothers Group controls a considerable portion of Israel’s export and foreign trade which might also be affected by the sanctions, it was asking the Attorney General to order a police investigation into all the Ofer family’s companies in relation to the alleged offenses pointed out by the US government, which are also violations of Israeli laws.

While the State Department’s decision caused Israel considerable embarrassment, it was the timing that created the greatest stir. It came soon after Mr. Netanyahu’s friction with Mr. Obama over using the 1967 borders as a basis for solving the Israeli-Palestinian conflict.

“Nobody wants to over-interpret the choice of timing,” said an Israeli official who was speaking on the condition of anonymity for diplomatic reasons, “but there was no objective reason for the State Department to come out with the announcement on that precise day.”

“Does this carry meaning? I am unable to tell you. But you cannot blame anybody for being suspicious,” he said.

The Obama administration dismissed any connection between the sanctions and Mr. Netanyahu’s visit. “These sanctions take months” to work through the Department of Treasury’s vetting process, a senior administration official said. “There is a process.”

Still, the awkward fact remains that a corporation owned by one of Israel’s most prominent business families has been blacklisted for dealings, however indirect, with Iran.