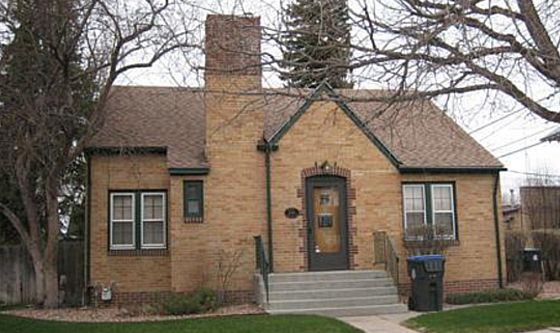 The secretive business havens of Cyprus and the Cayman Islands face a potent rival: Cheyenne, Wyoming.

At a single address in this sleepy city of 60,000 people, more than 2,000 companies are registered. The building, 2710 Thomes Avenue, isn’t a shimmering skyscraper filled with A-list corporations. It’s a 1,700-square-foot brick house with a manicured lawn, a few blocks from the State Capitol.

Neighbors say they see little activity there besides regular mail deliveries and a woman who steps outside for smoke breaks. Inside, however, the walls of the main room are covered floor to ceiling with numbered mailboxes labeled as corporate “suites.” A bulky copy machine sits in the kitchen. In the living room, a woman in a headset answers calls and sorts bushels of mail.

A Reuters investigation has found the house at 2710 Thomes Avenue serves as a little Cayman Island on the Great Plains. It is the headquarters for Wyoming Corporate Services, a business-incorporation specialist that establishes firms which can be used as “shell” companies, paper entities able to hide assets.

Wyoming Corporate Services will help clients create a company, and more: set up a bank account for it; add a lawyer as a corporate director to invoke attorney-client privilege; even appoint stand-in directors and officers as high as CEO. Among its offerings is a variety of shell known as a “shelf” company, which comes with years of regulatory filings behind it, lending a greater feeling of solidity.

“A corporation is a legal person created by state statute that can be used as a fall guy, a servant, a good friend or a decoy,” the company’s website boasts. “A person you control… yet cannot be held accountable for its actions. Imagine the possibilities!”

Among the entities registered at 2710 Thomes, Reuters found, is a shelf company sheltering real-estate assets controlled by a jailed former prime minister of Ukraine, according to allegations made by a political rival in a federal court in California.

The owner of another shelf company at the address was indicted in April for allegedly helping online-poker operators evade a U.S. ban on Internet gambling. The owner of two other firms there was banned from government contracting in January for selling counterfeit truck parts to the Pentagon.

All the activity at 2710 Thomes is part of a little-noticed industry in the U.S.: the mass production of paper businesses. Scores of mass incorporators like Wyoming Corporate Services have set up shop. The hotbeds of the industry are three states with a light regulatory touch-Delaware, Wyoming and Nevada.

The pervasiveness of corporate secrecy on America’s shores stands in stark contrast to Washington’s message to the rest of the world. Since the September 11 attacks in 2001, the U.S. has been calling forcefully for greater transparency in global transactions, to lift the veil on shadowy money flows. During a debate in 2008, presidential candidate Barack Obama singled out Ugland House in the Cayman Islands, reportedly home to some 12,000 offshore corporations, as “either the biggest building or the biggest tax scam on record.”

Yet on U.S. soil, similar activity is perfectly legal. The incorporation industry, overseen by officials in the 50 states, has few rules. Convicted felons can operate firms which create companies, and buy them with no background checks.