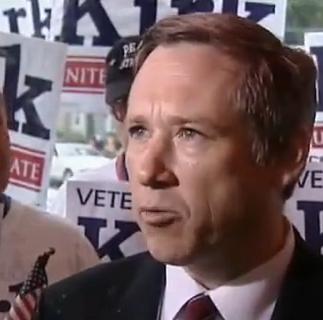 A U.S. senator wants U.S. special operations forces to help Israel halt a Gaza-bound international aid flotilla that includes a vessel carrying a number of American veterans, one of whom is a Sailor who served aboard the USS Liberty, the ship that Israel infamously attacked in 1967.

In a report drafted following a visit to Israel in early June, Sen. Mark Kirk, R-Ill., says the United States should “make available all necessary special operations and naval support to the Israeli Navy to effectively disable flotilla vessels before they can pose a threat to Israeli coastal security or put Israeli lives at risk.”

The U.S.-flagged ship, called “The Audacity of Hope” — the name of President Obama’s 2006 book — is currently docked in Greece and is supposed to set sail by the end of this week along with ships from Ireland, Spain, Italy, Greece and other countries. More than 30 Americans are booked for passage on the Audacity of Hope.

While Kirk is pushing for a direct U.S. military role in halting the flotilla, six Democratic congressmen want assurances from Secretary of State Hillary Clinton that she will work with Israel to ensure those aboard the American ship are not harmed.

The lawmakers, including ranking House Veterans Affairs Committee member Rob Filner, D-Calif., say they “wholeheartedly support” Israel’s duty to protect its citizens, but the “measures it uses to do so, as in the case with any other nation, must conform to international humanitarian and human rights law.”

An Open Letter to Illinois Senator Mark Kirk from three constituents responding to his call for U.S. Special Forces to attack a flotilla of ships that will sail to Gaza:

We are Illinois residents writing to you from Athens, Greece. Just before leaving the United States, we wrote to inform your office about our intent to sail on “The Audacity of Hope,” as part of the U.S. Boat to Gaza project. In our letters, we explained why we were traveling to Gaza. We told you of our previous experiences living among Palestinians who lack access to basic necessities, such as clean water, because of the blockade. Referring to Gaza as the world’s largest open-air prison, we mentioned how hard it has been for people to rebuild after previous lethal assaults, especially the Operation Cast Lead attack which ended, after 23 days, on January 18, 2009. According to B’tselem, the foremost Israeli Human Rights Organization, Operation Cast Lead caused the deaths of 1,389 Palestinians in Gaza. Of those, 344 were children. Of the 13 Israelis who were killed, four were soldiers killed by friendly fire.

Knowing that you and your staff care deeply about the consequences of unemployment, poor education and dangerously limited health care delivery, we pointed out related statistics affecting people in Gaza where 45% of the population is unemployed and hospital administrators are sounding the alarm because they are running out of crucial medicines. Half of Gaza’s 1.6 million people are under age 18.

As you’ve recently noted, a flotilla of ships plans to arrive in Gaza. Our ship will carry 3,000 letters addressed to Gazan children and families. Other boats are carrying humanitarian assistance.

Greek authorities have been checking into various complaints which have stalled the flotilla’s progress. In our case, a complaint was lodged by the Israel Law Center, located in Tel Aviv, suggesting that our boat is not seaworthy. Two of the boats have been sabotaged while docked in the harbor, causing further delays.

Military.com reports that you said the United States should “make available all necessary special operations and naval support to the Israeli Navy to effectively disable flotilla vessels before they can pose a threat to Israeli coastal security or put Israeli lives at risk.”

You have an unusual opportunity to demonstrate thoughtful reconsideration of your earlier decision. Op-ed pieces have appeared in Israel’s Haaretz newspaper, encouraging the Israeli government to let the flotilla pass.

“There is nearly nothing which more effectively delegitimizes Israel — and makes Israel look more like an uncaring blockhead state — than does the siege of Gaza,” wrote Bradley Burston, Senior Editor of Haaretz and a former Israeli Defense Force medic. “The siege benefits Hamas in a thousand ways and Israel in none. But there is one thing that does the work of delegitimization even better: attacking civilians in order to protect the siege. Enter the 21st century. Before it’s too late. You’re not young commandos anymore… Do your nation a favor — act your age. The flotilla is not a terrorist fleet. It is not an arms shipment. The flotilla is, however, a statement about Israel, a judgment of its policies, and, in the end, the verdict will come directly from you.”

Senator Kirk, we are your constituents. It’s not too late for you to acknowledge that your earlier call for military action against us jeopardizes our safety and to reverse your claim which insinuates that we are dangerous people. We write with utmost respect for our collective responsibility to secure a better world, breaking the irrational cycle of military aggression and upholding basic human rights of all people.