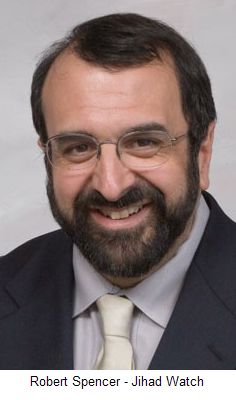 The man accused of the killing spree in Norway was deeply influenced by a small group of American bloggers and writers who have warned for years about the threat from Islam, lacing his 1,500-page manifesto with quotations from them, as well as copying multiple passages from the tract of the Unabomber.

In the document he posted online hours before the attacks, Anders Behring Breivik, the sole suspect in the bombings and shootings that left at least 93 people dead, showed that he had closely followed the acrimonious American debate over Islam.

His manifesto quoted Robert Spencer, who operates the Jihad Watch website, 64 times, and cited other American and European writers who shared his view that Muslim immigrants pose a grave danger to Western culture.

More broadly, the mass killings in Norway, with their echo of the 1995 bombing of the federal building in Oklahoma City by an anti-government militant, have focused new attention on the subculture of anti-Muslim bloggers and right-wing activists and renewed a debate over the focus of Congress and the executive branch on counterterrorism.

Critics have asserted that the intense spotlight on the threat from Islamic militants has unfairly vilified Muslim Americans while dangerously downplaying the threat of attacks from other domestic radicals. The author of a 2009 Department of Homeland Security report on right-wing extremism withdrawn by the department after criticism from conservatives, repeated Sunday his claim that the department had tilted too heavily toward the threat from Islamic militants.

The revelations about Breivik’s U.S. influences exploded on the blogs over the weekend, putting Spencer and other self-described “counterjihad” activists on the defensive, as their critics suggested that their portrayal of Islam as a threat to the West indirectly fostered the crimes in Norway.

Spencer wrote on his website, jihadwatch.org, that “the blame game” had begun, “as if killing a lot of children aids the defense against the global jihad and Islamic supremacism, or has anything remotely to do with anything we have ever advocated.” He did not mention Breivik’s voluminous quotations from his writings.

The Gates of Vienna, a blog that ordinarily keeps up a drumbeat of anti-Islamist news and commentary, closed its pages to comments Sunday “due to the unusual situation in which it has recently found itself.”

Its operator, who describes himself as a Virginia consultant and uses the pseudonym “Baron Bodissey,” wrote on the site Sunday that “at no time has any part of the Counterjihad advocated violence.”

The name of that website — a reference to the siege of Vienna in 1683 by Muslim fighters who, the blog says in its headnote, “seemed poised to overrun Christian Europe” — was echoed in the title Breivik chose for his manifesto: “2083: A European Declaration of Independence.” He chose that year, the 400th anniversary of the siege, as the target for the triumph of Christian forces in the European civil war he called for to drive out Islamic influence.

Marc Sageman, a former CIA officer and consultant on terrorism, said it would be unfair to attribute Breivik’s violence to the writers who helped shape his world view. But at the same time, he said the counterjihad writers do argue that the fundamentalist Salafi branch of Islam “is the infrastructure from which al-Qaida emerged. Well, they and their writings are the infrastructure from which Breivik emerged.”

Sageman, who is also a forensic psychiatrist, said he saw no overt signs of mental illness in Breivik’s writings. He said Breivik bears some resemblance to Ted Kaczynski, the Unabomber, who also spent years on a manifesto and carried out his mail bombings in part to gain attention for his theories. One obvious difference, Sageman said, was that Kaczynski was a loner who spent years in a rustic Montana cabin, while Breivik appears to have been quite social.

Breivik’s declaration did not name Kaczynski or acknowledge the numerous passages copied from the Unabomber’s 1995 manifesto, in which the Norwegian substituted “multiculturalists” or “cultural Marxists” for Kaczynski’s “leftists” and made other small wording changes.

By contrast, he quoted the American and European counterjihad writers by name, notably Spencer, author of 10 books, including “Islam Unveiled” and “The Truth About Muhammad.” (Spencer could not be reached for comment Sunday.)

Breivik frequently cited another blog, Atlas Shrugs, and recommended the Gates of Vienna among websites. Pamela Geller, an outspoken critic of Islam who runs Atlas Shrugs, wrote on her blog Sunday that any assertion that she or other anti-jihad writers bore any responsibility for Breivik’s actions was “ridiculous.”

“If anyone incited him to violence, it was Islamic supremacists,” she wrote.

Breivik also quoted European blogs and writers with similar themes, notably a Norwegian blogger who writes under the name “Fjordman.” Immigration from Muslim countries to Scandinavia and the rest of Europe has set off a deep political debate across the continent and strengthened a number of right-wing anti-immigrant parties.

Despite the Norway killings, Rep. Peter King, R-N.Y., chairman of the House Homeland Security Committee, said he had no plans to broaden contentious hearings about the radicalization of Muslim Americans and would hold the third one as planned on Wednesday. He said his committee focused on terrorist threats with foreign ties and suggested that the Judiciary Committee might be more appropriate for looking at non-Muslim threats.

In 2009, when the Department of Homeland Security produced a report, “Rightwing Extremism,” suggesting that the recession and the election of an African-American president might increase the threat from white supremacists, conservatives in Congress strongly objected. Janet Napolitano, the homeland security secretary, quickly withdrew the report and apologized for what she said were its flaws.

Daryl Johnson, the Department of Homeland Security analyst who was the primary author of the report, said in an interview that after he left the department in 2010, the number of analysts assigned to non-Islamic militancy of all kinds was reduced to two from six. Johnson, who now runs a private research firm on the domestic terrorist threat, DTAnalytics, said about 30 analysts worked on Islamic radicalism when he was there.

The killings in Norway “could easily happen here,” he said. The Hutaree, an extremist Christian militia in Michigan accused last year of plotting to kill police officers and planting bombs at their funerals, had an arsenal of weapons larger than all the Muslim plotters charged in the United States since the Sept. 11 attacks combined, he said.

Homeland Security officials disputed Johnson’s claim about staffing, saying they pay close attention to all threats, regardless of ideology. And far from ignoring the Hutaree threat, the FBI infiltrated the group and made arrests before any attack could take place.

John D. Cohen, principal deputy counterterrorism coordinator at the Department of Homeland Security, said Napolitano, who visited Oklahoma City last year for the 15th anniversary of the bombing there, had often spoken of the need to assess the risk of violence without regard to politics or religion.

“What happened in Norway,” Cohen said, “is a dramatic reminder that in trying to prevent attacks, we cannot focus on a single ideology.”