“Mercenary” is a word with lots of ugly connotations — not least for men who’ve been jailed for being mercenaries.

So, Bancroft Global Development, a private company based in Washington DC currently providing “military services” for the US State Department and the UN in Mogadishu, doesn’t like the term “mercenaries.” It describes itself instead as a non-governmental organization dedicated to finding permanent solutions to violent conflict. It also has what might be a unique distinction of operating in the United States as a 501(c)3 not-for-profit charitable organization.

The Obama administration clearly doesn’t feel comfortable employing mercenaries or “mentors,” as Bancroft’s soldiers call themselves, and so they get paid by the governments of Uganda and Burundi who then get reimbursed by the State Department. 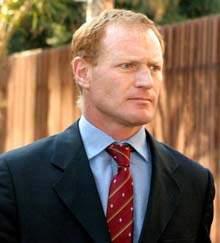 Richard Rouget, the French-born South-African Bancroft employee who is the primary source for the New York Times article cited below, let’s the company’s PR mask fall momentarily and reveals a 19th century colonial mentality when he refers to his Somali adversaries as “savages”.

In the 1970s, Rouget is said to have been active in neo-fascist organizations such as Groupe Union Défense (GUD).

This is how GUD (founded in 1968) and a similar ultra-right group, Unité Radicale, were described in The Guardian:

Both the GUD and UR, founded in 1998, are rabidly racist, anti-semitic and anti-American, declared enemies of “global, cosmopolitan finance”, supportive of the September 11 attacks and believers in la France blanche .

While they profess to be genuine “nationalist revolutionaries” rather than neo-Nazis, the paraphernalia of the Third Reich is never far from their gatherings.

Meanwhile, through its creation of the Somali National Security Agency — an intelligence organization financed largely by the CIA — the Obama administration is backing what one Somali official says is becoming a “government within a government.”

“No one, not even the president, knows what the NSA is doing,” he said. “The Americans are creating a monster.”

Richard Rouget, a gun for hire over two decades of bloody African conflict, is the unlikely face of the American campaign against militants in Somalia.

A husky former French Army officer, Mr. Rouget, 51, commanded a group of foreign fighters during Ivory Coast’s civil war in 2003, was convicted by a South African court of selling his military services and did a stint in the presidential guard of the Comoros Islands, an archipelago plagued by political tumult and coup attempts.

Now Mr. Rouget works for Bancroft Global Development, an American private security company that the State Department has indirectly financed to train African troops who have fought a pitched urban battle in the ruins of this city against the Shabab, the Somali militant group allied with Al Qaeda.

The company plays a vital part in the conflict now raging inside Somalia, a country that has been effectively ungoverned and mired in chaos for years. The fight against the Shabab, a group that United States officials fear could someday carry out strikes against the West, has mostly been outsourced to African soldiers and private companies out of reluctance to send American troops back into a country they hastily exited nearly two decades ago.

“We do not want an American footprint or boot on the ground,” said Johnnie Carson, the Obama administration’s top State Department official for Africa.

A visible United States military presence would be provocative, he said, partly because of Somalia’s history as a graveyard for American missions — including the “Black Hawk Down” episode in 1993, when Somali militiamen killed 18 American service members.

Still, over the past year, the United States has quietly stepped up operations inside Somalia, American officials acknowledge. The Central Intelligence Agency, which largely finances the country’s spy agency, has covertly trained Somali intelligence operatives, helped build a large base at Mogadishu’s airport — Somalis call it “the Pink House” for the reddish hue of its buildings or “Guantánamo” for its ties to the United States — and carried out joint interrogations of suspected terrorists with their counterparts in a ramshackle Somali prison.

And while Washington continues to look at Somalia through the mind-numbing prism of “global terrorism,” the people of this war-torn nation struggle to survive.

A staggering ten percent of children under five are now dying from starvation every 11 weeks. 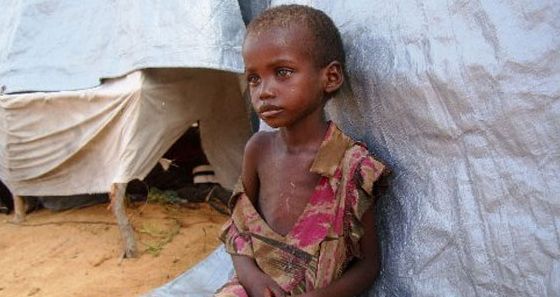 Ten per cent of Somali children aged under five are dying every 11 weeks in the country’s devastating famine, which is spreading faster than aid agencies can cope with, UN officials warned on Wednesday.

The UN representative to Somalia also told the UN Security Council that warlords will take control of areas of Mogadishu abandoned by Islamist insurgents last weekend unless the transitional government quickly gets a grip.

The envoy, Augustine Mahiga, said about half the Somali population, about 3.7 million people, are now at risk from famine. The UN estimates that more than 12 million are affected across East Africa.

Across the famine zone, more than 13 children out of every 10,000 aged under five die each day, Mahiga said. ‘This means that 10 per cent of children under five are dying every 11 weeks. These figures are truly heart-wrenching,’ the envoy told the council, appealing for greater international assistance.

The UN has asked for one billion dollars for Somalia, but Catherine Bragg, the deputy UN emergency relief coordinator, said less than half the sum has been raised.