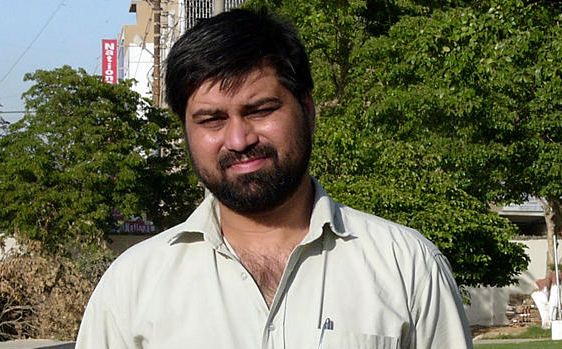 I met Saleem Shahzad nine days before he disappeared, and he seemed to know that his time was running out. It was May 20th, and Islamabad was full of conspiracy theories about the Abbottabad raid: bin Laden was still alive; Kiyani and Pasha had secretly helped the Americans with the raid. Mostly, the public radiated anger and shame.

I had called Shahzad to discuss a pair of stories he’d written about bin Laden. In March, five weeks before the raid in Abbottabad, Shahzad claimed that bin Laden had suddenly come across the radar screens of several intelligence agencies: he was on the move. The story also reported that bin Laden had held a strategy meeting with an old friend, Gulbuddin Hekmatyar, an Afghan mujahideen whom the State Department considers a “global terrorist.” Then, just after the Abbottabad raid, Shahzad published a report claiming that the Pakistani leadership had known that the Americans were planning a raid of some sort, and had even helped. What the Pakistanis didn’t know, Shahzad wrote, was that the person the Americans were looking for was bin Laden. Both stories struck me as possibly dubious, but it was clear that Shahzad had numerous sources inside Pakistani intelligence and other intelligence agencies in the region.

Shahzad and I agreed to meet at a Gloria Jean’s coffee shop, not far from his home. For years, Islamabad was a sleepy town of bureaucrats; however dangerous the rest of Pakistan was, the capital was usually quiet. This was no longer true. In 2008, the Marriott Hotel, only a few miles from Gloria Jean’s, was destroyed by a suicide bomber, who killed or wounded more than three hundred people. Lately, the Kohsar Market—the collection of expensive boutiques where the Gloria Jean’s is situated—had been declared off limits for American Embassy personnel on weekends, out of fear that it would be attacked.

Shahzad and I took our coffees upstairs. He pointed to a table in an alcove by a window. “Welcome to my private office,” he said, with a smile. “No one will be able to hear us here.”

We talked for a few minutes about the Abbottabad raid and the stories he’d written. Shahzad was tall and self-possessed; he had thick black hair and a round face offset by a trim beard. He was warm and expressive, the sort of reporter whom people talked to because he seemed genuinely nice. No wonder he got all those scoops, I thought. He was wearing Western clothes and spoke flawless English. He told me that he knew some of my colleagues, and offered to help me out in any way that he could.

And then Shahzad changed the subject. What he really wanted to talk about was his own safety. “Look, I’m in danger,” he said. “I’ve got to get out of Pakistan.” He added that he had a wife and three kids, and they weren’t safe, either. He’d been to London recently, and someone there had promised to help him move to England.

The trouble, he said, had begun on March 25th, the day that he published the story about bin Laden’s being on the move. The next morning, he got a phone call from an officer at the I.S.I., summoning him to the agency’s headquarters, in Aabpara, a neighborhood in eastern Islamabad. When Shahzad showed up, he was met by three I.S.I. officers. The lead man, he said, was a naval officer, Rear Admiral Adnan Nazir, who serves as the head of the I.S.I.’s media division.

“They were very polite,” Shahzad told me. He glanced over his shoulder. “They don’t shout, they don’t threaten you. This is the way they operate. But they were very angry with me.” The I.S.I. officers asked him to write a second story, retracting the first. He refused.

And then Admiral Nazir made a remark so bizarre that Shahzad said he had thought about it every day since.

“We want the world to believe that Osama is dead,” Nazir said.

Bin Laden was still alive, his whereabouts presumably unknown, when that conversation occurred. I pressed Shahzad. What did they mean by that?

He shrugged and glanced over his shoulder again. They were obviously trying to protect bin Laden, he said.

“Do you think the I.S.I. was hiding bin Laden?” I asked him.

Shahzad shrugged again and said yes. But he hadn’t been able to prove it. (The I.S.I. calls this claim an “unsubstantiated accusation of a very serious nature.”)

Shahzad said that he’d left I.S.I. headquarters that day thinking that he needed to be careful. Now, two months later, there was another reason to worry: a book that he’d written, “Inside Al Qaeda and the Taliban,” was being released in three days, in both Pakistan and the West. The book, written in English, explored even more deeply the taboo subject of the I.S.I.’s relationship with Islamist militants.

2 thoughts on “Saleem Shahzad’s murder, al Qaeda, and the ISI”