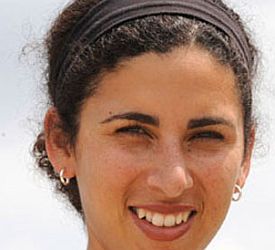 Silly me. I thought flying on 9/11 would be easy. I figured most people would choose not to fly that day so lines would be short, planes would be lightly filled and though security might be ratcheted up, we’d all feel safer knowing we had come a long way since that dreadful Tuesday morning 10 years ago.

But then armed officers stormed my plane, threw me in handcuffs and locked me up.

My flight from Denver landed in Detroit on time. I sent a text message to my husband to let him know we had landed and I would be home by dinner. The plane stopped on the tarmac, seemingly waiting to have the gate cleared. We waited. I played on my phone, checking Facebook, scrolling through my Twitter feed. After a while of sitting there, I decided to call my husband to tell him the plane was being delayed and I would call him when I got off the plane.

Just as I hung up the phone, the captain came over the loudspeaker and announced that the airport authorities wanted to move the airplane to a different part of the airport. Must be a blocked gate or something, I thought. But then he said: Everyone remain in your seats or there will be consequences. Sounded serious. I looked out the window and saw a squadron of police cars following the plane, lights flashing. I turned to my neighbor, who happened to be an Indian man, in wonderment. What is going on? Others on the plane were remarking at the police as well. Getting a little uneasy, I decided the best thing for me to do was to tweet about the experience. If the plane was going to blow up, at least there’d be some record on my part.

Stuck on a plane at Detroit airport…cops everywhere

Soon the plane was stopping in some remote part of the airport, far from any buildings, and out the window I see more police cars coming to surround the plane. Maybe there’s a fugitive on the plane, I say to my neighbor, who is also texting and now shooting some photos of the scene outside. He asks me to take a few, as I have a better angle from my window seat. A few dozen uniformed and plainclothes officers are huddled off the side of the plane. I don’t see any guns, and it isn’t clear what’s going on.

A little concerned about this situation. Plane moved away from terminal surrounded by cops. Crew is mum. Passengers can’t get up.

Then what looked like the bomb squad pulled up. Two police vans and a police communication center bus parked off the road. I started to get nervous and rethink my decision to fly on 9/11.

Cops in uniform and plainclothes in a huddle in rear of plane.

We had been waiting on the plane for a half hour. I had to pee. I wanted to get home and see my family. And I wanted someone to tell us what was going on. In the distance, a van with stairs came closer. I sighed with relief, thinking we were going to get off the plane and get shuttled back to the terminal. I would still be able to make it home for dinner. Others on the plane also seemed happy to see those stairs coming our way.

I see stairs coming our way…yay!

Before I knew it, about 10 cops, some in what looked like military fatigues, were running toward the plane carrying the biggest machine guns I have ever seen–bigger than what the guards carry at French train stations.

Someone shouted for us to place our hands on the seats in front of us, heads down. The cops ran down the aisle, stopped at my row and yelled at the three of us to get up. “Can I bring my phone?” I asked, of course. What a cliffhanger for my Twitter followers! No, one of the cops said, grabbing my arm a little harder than I would have liked. He slapped metal cuffs on my wrists and pushed me off the plane. The three of us, two Indian men living in the Detroit metro area, and me, a half-Arab, half-Jewish housewife living in suburban Ohio, were being detained. [Continue reading…]

1 thought on “Some real shock and awe: racially profiled and cuffed in Detroit”