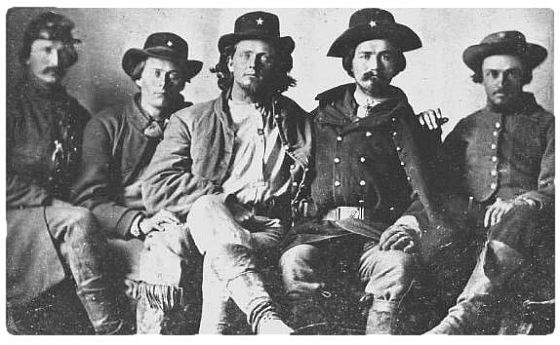 Max Blumenthal points out that in an op-ed by Rick Perry this week, the historian who Perry chose to cite in drawing a comparison between Texas and Israel, saw a much uglier connection than the governor probably meant to reveal.

Yesterday, Republican presidential candidate and current Texas Governor Rick Perry attacked President Barack Obama and the Palestinian UN statehood bid in a foreign newspaper, the Jerusalem Post. Perry devoted most of the editorial to assailing Obama as anti-Israel. But buried in the op-ed, in a line intended to highlight the shared values of Texas and Israel, Perry quoted the historian T.R. Fehrenbach. “Historian T.R. Fehrenbach once observed that my home state of Texas and Israel share the experience of ‘civilized men and women thrown into new and harsh conditions, beset by enemies,’” Perry wrote.

Fehrenbach published an authoritative book on the ethnic cleansing of the Comanche Indians by the Anglo settlers of Texas. He wrote with deep sympathy for the indigenous population, and though he expressed a strong identification with Texan culture, he was harshly critical of the settlers’ cruelty toward the native population. Perry’s quoting of Fehrenbach seemed curious, so I opened up my copy of Fehrenbach’s “Lone Star: A History of Texas and the Texans” to see if he cited the historian accurately. When I found the passage Perry had pulled from, my suspicions were realized: Perry (or more likely some half-wit speechwriter) had distorted Fehrenbach’s original text and taken it wildly out of context. [Continue reading…]