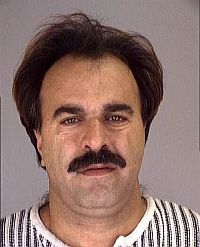 The warning contains two anomalies, however:

1. It expires on January 11, 2012, just three months away. Surely the danger will persist right up until November 6, 2012. It seems imprudent to let our guard down before we’ve chosen the next president.

2. Arbabsiar is a US citizen. Don’t we need to be exercising as much if not more caution inside America. After all, who buys a used-car when overseas?

“The U.S. government assesses that this Iranian-backed plan to assassinate the Saudi ambassador may indicate a more aggressive focus by the Iranian government on terrorist activity against diplomats from certain countries, to include possible attacks in the United States,” it said in a statement on its website.

The alert, which expires January 11, 2012, urged Americans living and traveling abroad to be wary.

“U.S. citizens residing and traveling abroad should review the Department’s Worldwide Caution and other travel information when making decisions concerning their travel plans and activities while abroad,” it added.

U.S. authorities said earlier on Tuesday that they had broken up a plot by two men linked to Iran’s security agencies to assassinate Saudi Ambassador Adel al-Jubeir. One, a former Texas used-car dealer named Manssor Arbabsiar, was arrested last month while the other was believed to be in Iran.

However a friend and one-time business partner of Arbabsiar, David Tomscha, said Arbabsiar, known as Jack to his friends, made an unlikely secret agent.

Tomscha said Arbabsiar, 56, a naturalized U.S. citizen who holds an Iranian passport, was likeable, a bit lazy and “no mastermind.”

“I can’t imagine him thinking up a plan like that. I mean, he didn’t seem all that political. He was more of a businessman … He was sort of a hustler,” he said.

Meanwhile, following Attorney General Eric Holder’s dramatic announcement about the plot, a US official has provided the New York Times with additional details:

The alleged plot also included plans to pay the cartel, Los Zetas, to bomb the Israeli Embassy in Washington and the Saudi and Israeli Embassies in Argentina, according to a law enforcement official.

The plotters also discussed a side deal between the Quds Force, part of Iran’s Islamic Revolutionary Guards Corps, and Los Zetas to funnel tons of opium from the Middle East to Mexico, the official said. The plans never progressed, though, because the two suspects — the Iranian-American and an Iranian Quds Force officer — unwittingly were dealing with an informant for the Drug Enforcement Administration, officials said.

It’s quite baffling that Arbabsiar and Shakuri’s plans should have been so limited in their scope — but what a stroke of luck that the feds managed to get on to the case and play such a creative role in allowing it to unfold!