In other words, in the never-ending tug-of-war between “labor” and “capital,” there has rarely—if ever—been a time when “capital” was so clearly winning. 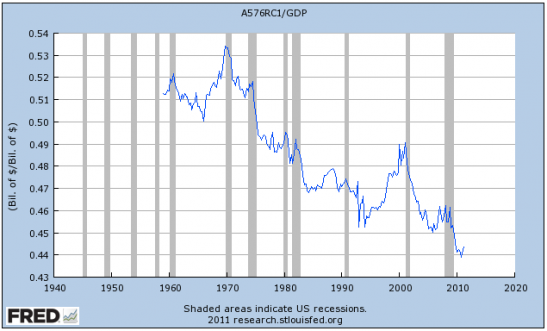 Wages as a percent of the US economy are the lowest they have ever been. 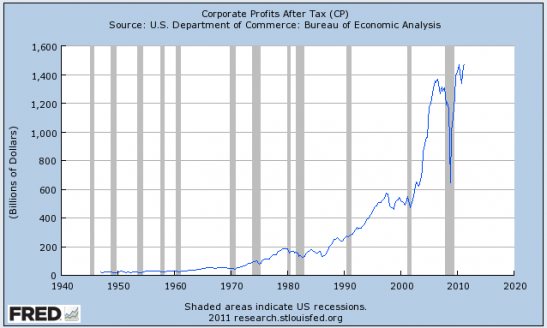 Corporate profits are at an all-time high