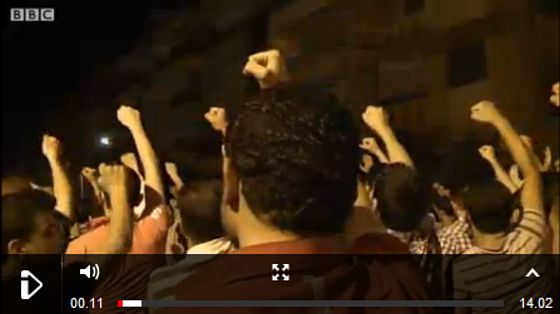 Sue Lloyd-Roberts reports: “You’ll never get there,” Syrians living outside the country said to me when I told them I was on my way to the city of Homs. “It’s circled by tanks on the outside and there’s an army checkpoint on every street corner inside the city.”

Homs was one of the first cities to join the Syrian anti-government uprising when in March thousands gathered in the main square to call for the lifting of the government’s emergency laws and a genuine democracy.

Since then it has been besieged by President Bashar al-Assad’s armed forces and seen almost daily attacks.

The city has earned the unofficial title of the “Capital of the Syrian Revolution” but at a heavy price – almost half of the killings of civilians since the uprising began, estimated to be at least 3,000, have happened there.

I will not describe precisely how I got in to Homs – but I will say that it was entirely due to an incredibly resourceful, brave and cunning network set up by young Syrian activists who want their story told to the outside world. [See also Lloyd-Roberts’ video report.]