Zaid Jilani writes: This evening, House Majority Leader Eric Cantor (R-VA) will give a speech at the University of Pennsylvania’s Wharton School of Business about how to address income inequality, likely trying to capitalize on the 99 Percent Movement he once derided as unruly “mobs.” Although exactly what policies Cantor will suggest to deal with this social problem are unknown, it’s unlikely that he will touch on one of the chief drivers of American income inequality: the decline of unions. 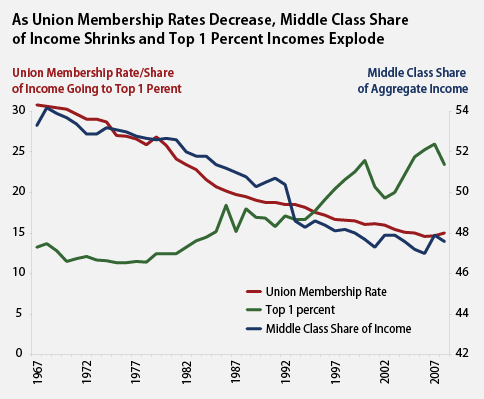