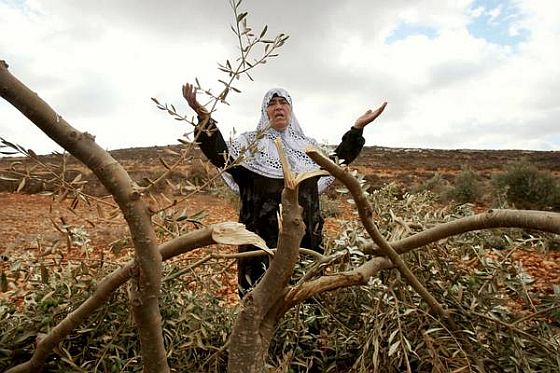 A Palestinian woman gestures next to a damaged olive tree in the village of Qusra in the northern West Bank, Thursday, Oct . 6, 2011

The United Nations Office for the Coordination of Humanitarian Affairs occupied Palestinian territory, says in its latest report [PDF]:

1 thought on “Escalating Israeli settler violence in the West Bank”