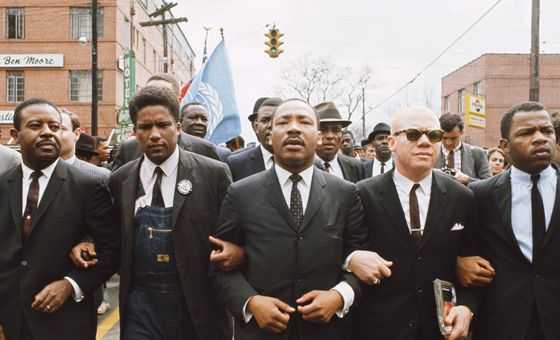 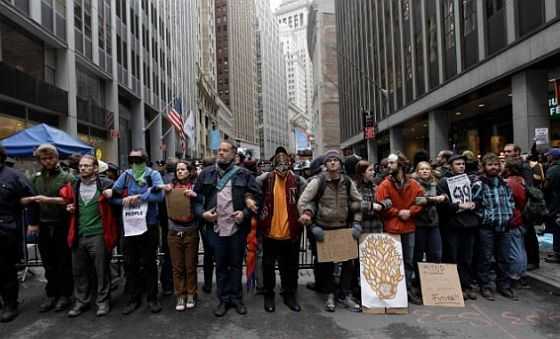 After a police assault (shown in the video above) on non-violent student protesters — whose only arms were the ones they interlocked — Robert Birgeneau, the chancellor at Berkeley, issued a statement saying:

It is unfortunate that some protesters chose to obstruct the police by linking arms and forming a human chain to prevent the police from gaining access to the tents. This is not non-violent civil disobedience. By contrast, some of the protesters chose to be arrested peacefully; they were told to leave their tents, informed that they would be arrested if they did not, and indicated their intention to be arrested. They did not resist arrest or try physically to obstruct the police officers’ efforts to remove the tent. These protesters were acting in the tradition of peaceful civil disobedience, and we honor them.

What Birgeneau objects to is resistance in any form and interlocking arms in defiance of an advancing line of police is indeed an act of resistance.

But more than that, it is an act of solidarity and nothing threatens institutional power more than unity among ordinary people.

When burly police officers thrust night sticks into the chests of young students, this is not simply what is euphemistically called a “show of force,” but instead seems to be a display of “forward panic.”

In the kind of police violence that sociologist Randall Collins has dubbed forward panic, a cauldron of pent up tension suddenly erupts. Among Collins’ insights is that because people (including police and soldiers) universally have high-threshold inhibitions that restrain them from becoming violent, when those inhibitions suddenly fall away, the targets of violence will most often be those who are perceived as weak, unwilling or incapable of hitting back. Fear targets the easiest opponent.

This is the micro-social context in which the police lash out, but at the same time there is a broader context that fuels the fear of those who have been invested with the power of the state.

In the face of mass resistance, the primary line of defense for the police is not their weapons or shields — it is an idea already under challenge: that the state is more powerful than the people. And once the fault-lines in that idea have been exposed, the power equation is in jeopardy of suddenly being reversed.

Over the last twelves months, in the Middle East, in Europe, and now in the United States, the seeds have already been planted which could grow into the most dangerous idea that ever swept the world: that we have a greater interest in uniting than we do in being set apart; that what we might gain together will far exceed what we can achieve alone.

Human solidarity — this is what now threatens governments, corporations and every concentration of power.

Protesters in New York today were joined by one former police officer who sees that it his duty to stand with the people: Retired Police Captain Raymond Lewis from Philadelphia.

This afternoon, Captain Lewis was marched away in cuffs after being arrested by the NYPD.