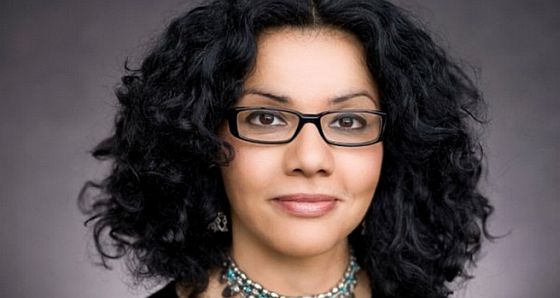 The Guardian reports: The US-based Egyptian journalist Mona Eltahawy has been released according to her personal twitter account after 12 hours in detention at the hands of Cairo security forces. An earlier tweet from the account @monaeltahawy said that she was sexually and physically assaulted while being held inside the interior ministry in Cairo, in the early hours of Thursday morning.

A US embassy representative in Cairo told the Guardian that the reports of her detention were “very concerning” and that “US embassy consulate officers are engaging Egyptian authorities”.

At 10:30am on Thursday, the former Reuters Middle East correspondent who has been lauded for her recent coverage of the Egyptian uprising, began tweeting that she had spent 12 hours in detention under the authority of interior ministry and military intelligence officials and that she had suffered a serious sexual assault by up to half a dozen members of the Egyptian security forces. She also said that she had been kept blindfolded for hours and also posted a picture of her severely bruised hand.

She also thanked supporters after #freemona began trending around the world on twitter.

In a series of tweets on Wednesday night, Eltahaway who is a columnist for various papers including the Toronto Star, the Jerusalem Report and Denmark’s Politiken, and has also written for the Guardian, described scenes in and around Tahrir Square including news that a relative of hers had been killed. She ended the message by damning the Supreme Council of the Armed Forces (Scaf) who have control over Egypt‘s transition.

At approximately 11pm GMT she wrote “Pitch black, only flashing ambulance lights and air thick with gas Mohamed Mahmoud #Tahrir”. At around the same time she then described the violence occurring around the gates of the American University in Cairo of which she is an alumnus.

“Across street from AUC gate I used to enter every day Mohamed Mansour. Can’t believe it. A cacophony sirens, horns, flashing ambulance lights” In a penultimate tweet she appeared to write “Beaten arrested in interior ministry”.

In one of her latest tweets after her release, Eltahawy says X-rays show her left arm and right hand are broken.