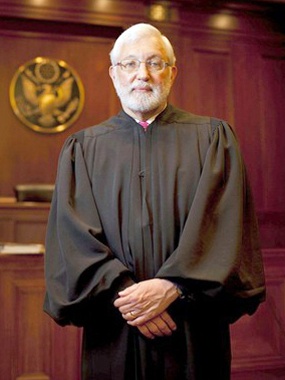 Matt Taibbi writes: In one of the more severe judicial ass-whippings you’ll ever see, federal Judge Jed Rakoff rejected a slap-on-the-wrist fraud settlement the SEC had cooked up for Citigroup.

I wrote about this story a few weeks back when Rakoff sent signals that he was unhappy with the SEC’s dirty deal with Citi, but yesterday he took this story several steps further.

Rakoff’s 15-page final ruling read like a political document, serving not just as a rejection of this one deal but as a broad and unequivocal indictment of the regulatory system as a whole. He particularly targeted the SEC’s longstanding practice of greenlighting relatively minor fines and financial settlements alongside de facto waivers of civil liability for the guilty – banks commit fraud and pay small fines, but in the end the SEC allows them to walk away without admitting to criminal wrongdoing.

This practice is a legal absurdity for several reasons. By accepting hundred-million-dollar fines without a full public venting of the facts, the SEC is leveling seemingly significant punishments without telling the public what the defendant is being punished for. This has essentially created a parallel or secret criminal justice system, in which both crime and punishment are adjudicated behind closed doors.

This system allows for ugly consequences in both directions. Imagine if normal criminal defendants were treated this way. Say a prosecutor and street criminal combe into a judge’s chamber and explain they’ve cooked up a deal, that the criminal doesn’t have to admit to anything or plead to any crime, but has to spend 18 months in house arrest nonetheless.

What sane judge would sign off on a deal like that without knowing exactly what the facts are? Did the criminal shoot up a nightclub and paralyze someone, or did he just sell a dimebag on the street? Is 18 months a tough sentence or a slap on the wrist? And how is it legally possible for someone to deserve an 18-month sentence without being guilty of anything?

Such deals are logical and legal absurdities, but judges have been signing off on settlements like this with Wall Street defendants for years.

Judge Rakoff blew a big hole in that practice yesterday. His ruling says secret justice is not justice, and that the government cannot hand out punishments without telling the public what the punishments are for. He wrote:

Finally, in any case like this that touches on the transparency of financial markets whose gyrations have so depressed our economy and debilitated our lives, there is an overriding public interest in knowing the truth. In much of the world, propaganda reigns, and truth is confined to secretive, fearful whispers. Even in our nation, apologists for suppressing or obscuring the truth may always be found. But the S.E.C., of all agencies, has a duty, inherent in its statutory mission, to see that the truth emerges; and if it fails to do so, this Court must not, in the name of deference or convenience, grant judicial enforcement to the agency's contrivances.

Notice the reference to how things are “in much of the world,” a subtle hint that the idea behind this ruling is to prevent a slide into third-world-style justice.