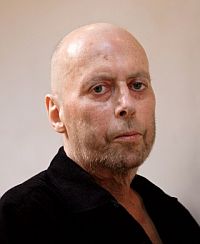 The strange thing about death — especially the death of a public figure — is that it evokes in most onlookers the desire to revisit a life rather than view its conclusion.

Hitchens’ obituaries will perpetuate this death-denying ritual, but thankfully he offered his readers an opportunity to bravely look at a future from which most of us would rather turn away.

Having in recent years watched the wretched process of my mother’s death at a ripe 87 along with that of my brother-in-law with cancer at 48, I asked my doctor whether in his experience dying is usually so grim. His response: it depends what you believe. His claim (and arguably this may have been nothing more than his own belief) was that those with faith can die peacefully. Maybe.

What seems clear nevertheless, is that the “gift” of modern medicine has been too often to make slow-motion something that mercifully would be far more swift.

In his final piece for Vanity Fair, Hitchens relates his own experience to that of another famous atheist and explains why he no longer believes that whatever doesn’t kill you will make you stronger.

The late Professor Sidney Hook was a famous materialist and pragmatist, who wrote sophisticated treatises that synthesized the work of John Dewey and Karl Marx. He too was an unrelenting atheist. Toward the end of his long life he became seriously ill and began to reflect on the paradox that — based as he was in the medical mecca of Stanford, California — he was able to avail himself of a historically unprecedented level of care, while at the same time being exposed to a degree of suffering that previous generations might not have been able to afford. Reasoning on this after one especially horrible experience from which he had eventually recovered, he decided that he would after all rather have died:

I lay at the point of death. A congestive heart failure was treated for diagnostic purposes by an angiogram that triggered a stroke. Violent and painful hiccups, uninterrupted for several days and nights, prevented the ingestion of food. My left side and one of my vocal cords became paralyzed. Some form of pleurisy set in, and I felt I was drowning in a sea of slime. In one of my lucid intervals during those days of agony, I asked my physician to discontinue all life-supporting services or show me how to do it.

The physician denied this plea, rather loftily assuring Hook that “someday I would appreciate the unwisdom of my request.” But the stoic philosopher, from the vantage point of continued life, still insisted that he wished he had been permitted to expire. He gave three reasons. Another agonizing stroke could hit him, forcing him to suffer it all over again. His family was being put through a hellish experience. Medical resources were being pointlessly expended. In the course of his essay, he used a potent phrase to describe the position of others who suffer like this, referring to them as lying on “mattress graves.”

If being restored to life doesn’t count as something that doesn’t kill you, then what does? And yet there seems no meaningful sense in which it made Sidney Hook “stronger.” Indeed, if anything, it seems to have concentrated his attention on the way in which each debilitation builds on its predecessor and becomes one cumulative misery with only one possible outcome. After all, if it were otherwise, then each attack, each stroke, each vile hiccup, each slime assault, would collectively build one up and strengthen resistance. And this is plainly absurd. So we are left with something quite unusual in the annals of unsentimental approaches to extinction: not the wish to die with dignity but the desire to have died.

8 thoughts on “When the dying wish they were already dead”