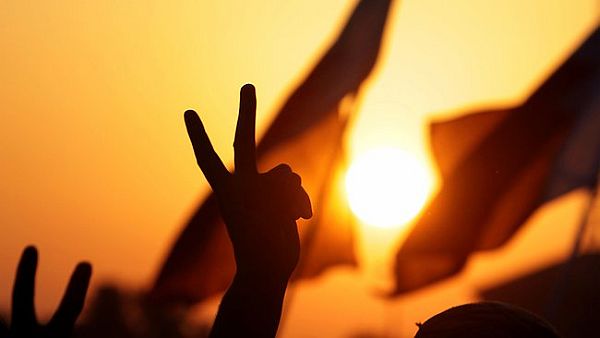 Christopher Dickey writes: Westerners have long felt the need to lecture Arabs about Arab history. “We know the civilization of Egypt better than we know the civilization of any other country,” Lord Balfour told the British Parliament in 1910. “We know it further back; we know it more intimately; we know more about it.” Indeed, the unmistakable message of this quintessential colonialist was that “we” know the Arab world better than the Arabs do, which is why “we” have every right to rule in their lands, whether directly or indirectly. As the late historian Edward Said observed, this “orientalism” became a sort of justification for colonialism “in advance.”

More than 100 years after Balfour, and after the demise of so many erstwhile empires, it’s amazing the extent to which Western pundits (even some from Muslim backgrounds) still echo his sentiments. Having utterly failed to predict the revolutionary movements that erupted in Tunisia and Egypt a year ago, they continue prognosticating with shameless confidence about the eventual triumph of “counterrevolutionary” forces of dictatorship and demagoguery.

“There are many possible outcomes—from restoration of the old order to military takeover, from unruly fragmentation and civil war to creeping Islamization,” the usually-smarter-than-this Robert Malley and Hussein Agha wrote in The New York Review of Books in September. “But the result that many outsiders had hoped for—a victory by the original protesters—is almost certainly foreclosed.” In other words, the ineluctable forces of the Arab world’s sorry history will decide the Arabs’ sorry future.

Yet the most striking thing about these revolutionary movements has been the extent to which they put history aside, both their own and that invented for them by foreigners. How else to explain the resilience of the Tahrir Square protesters, many of whom vented their violent rage against elections they feared were rigged, then voted anyway—and enthusiastically! How to fathom the sheer endurance of the locked-down population of Syria’s embattled city of Homs week after week, month after month? Where would you find the precedent?

As Al Jazeera analyst Marwan Bishara writes in his forthcoming book, The Invisible Arab: “Never has the power of the people appeared so humane, so inspiring, so personal, so determined as in Tunisia, so daring as in Syria, so diverse as in Yemen, so humble as in Bahrain, so courageous as in Libya, or so humorous as in Egypt. If, as one keen observer noted, every joke is a tiny revolution, the Arabs, and most notably the Egyptians, are revolutionaries par excellence.” And the biggest joke is the received wisdom that in the Arab world the past always determines the future. [Continue reading…]

1 thought on “The Arab Awakening is here to stay”