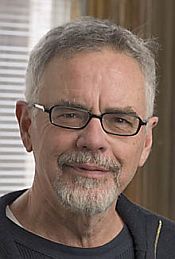 In The Folly of Fools, Robert Trivers — one of the world’s most influential evolutionary theorists — examines the roots of deceit and in a chapter on false historical narratives considers Zionism and the deceit upon which Israel was founded.

A key original Zionist falsehood was the slogan popularized in the 1880s that the Jewish people needed to settle in Palestine because it was ‘a land without people for a people without land.’ Alas, there were plenty of people in Palestine.

Further on he notes:

Jewish people have energetically sought and received compensation for property stolen by Nazis (or, say, their Swiss bankers) some sixty years later, but they fail to acknowledge any contradiction between this policy and the one they have taken when the shoe is on the other foot. They have the right to return to truly ancient land and the right to compensation for gross theft immediately prior to 1946, but Palestinians have no right of return to land stolen from them in 1948, land that they and their ancestors occupied for centuries. Nor do they have any right of compensation. To buttress both arguments, the Palestinians had to be stripped historically of ownership of their own land. This, as we have seen, was achieved both by denying their history and creating false versions of it.

Trivers notes that in any form of social injustice, those who benefit from the injustice likewise benefit from self-deception, whereas those who are the victims are best served by the truth.

The principles we are describing are universal. Surely if Jews in Palestine practiced deceit and self-deception, then so did the Arabs, and surely if Zionists do it today, anti-Zionists do it as well. There are, however, two important variables that one overlooks at one’s peril: relative power and relative justice. If there is a growing difference in power, with the powerful more prone to self-deception, their unjust behavior requiring cover-up and rationalization, then there will be a positive association between power, injustice inflicted, and degree of self-deception. If you are the victim of injustice, simply telling the truth may be your best move.

1 thought on “The evolutionary connection between Zionism and deceit”