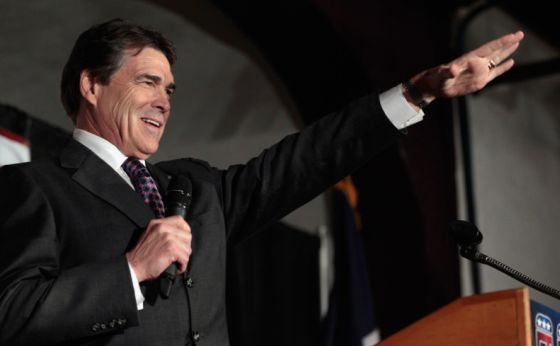 Today’s Zaman reports: The Turkish Foreign Ministry on Tuesday slammed US presidential hopeful Rick Perry for his remarks in which he questioned Turkey’s NATO membership and called Turkish leaders “Islamic terrorists,” saying the statements are groundless and inappropriate.

The ministry said in a statement released on Tuesday that Turkey strongly condemns Perry’s remarks and said those who run as candidates for a position like the US presidency, which requires the utmost responsibility, are expected to have “more information about the world” and be more careful in their statements.

Perry, the governor of Texas, said in a debate with other Republican contenders in Myrtle Beach, South Carolina, on Monday that Turkey was a US ally in the past, but not anymore. “Obviously when you have a country that is being ruled by what many would perceive to be Islamic terrorists, when you start seeing that type of activity against their own citizens, then, yes, not only is it time for us to have a conversation about whether or not they belong to be in NATO but it’s time for the United States, when we look at their foreign aid, to go to zero with it,” Perry claimed.

“Turkey became a NATO member when Mr. Governor was two years old,” the statement said in reference to Turkey’s becoming a NATO member in 1952. “It is one of the countries that has contributed much to the transatlantic alliance and will continue to be so. Turkey is among the countries that are on the front line in fighting terrorism. It holds the co-chairmanship of the Global Counterterrorism Forum [GCTF] with the US,” the statement further said in response to Perry.

In response to Perry’s accusations against Turkish leaders, the Foreign Ministry added that Turkish leaders are well-respected not only in the US, but in Turkey’s region and the world. Noting that Perry’s “unfortunate” opinions are not backed by Republican Party grassroots, which was revealed by weak support for him in recent polls, the statement said this shows the “common sense of the US voters.”