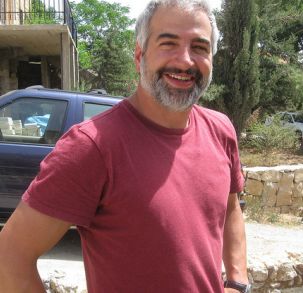 Quil Lawrence writes: I met Anthony Shadid on a ruined airstrip in western Afghanistan in the winter of 2001-’02. He was sporting a beard and longer hair in those days that made him look a little like a crusading Arab warrior. We spoke briefly and exchanged a few bits of useful news about the place. As I recall his face now, I realize Anthony’s secret: His sincerity was piercing, disarming and infectious.

Over the next decade, I got to watch Anthony’s genuine curiosity overcome the suspicions of refugees, ambassadors and warlords, as he soaked up their stories and rendered them with great generosity of spirit. His writing could inspire kinship between Americans from his native Oklahoma and the terrified people of Baghdad, the demonstrators in Cairo, the rebel fighters in Libya and Syria.

The year after we met in Afghanistan, I saw Anthony in Washington, D.C. — he was just back from a stint in Israel and the Palestinian territories. I asked him how it went, and he replied with unfeigned nonchalance, “Not that good. I got shot.”

Anthony had been reporting in Ramallah in 2002 and took a bullet in the back of his shoulder. He believed it was fired by Israeli Defense Forces. The wound was complicated because Anthony refused to leave Ramallah unless his Palestinian colleague could cross the checkpoint with him. Over the years, Anthony was beaten and abducted while covering the news. He knew he was taking risks. But he also knew (though his unassuming nature would have never let him say it) that he was fulfilling his life’s mission, explaining the Arab world to Americans with a fluency and empathy perhaps no other reporter could match. 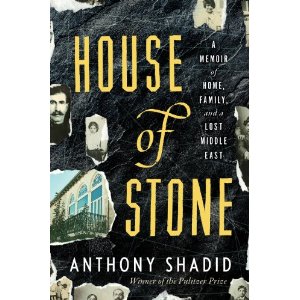 Steve Coll writes: Anthony Shadid’s third book, “House of Stone,” is due to be published in several weeks. It is described by the publisher as a “a memoir of home, family and a lost Middle East.” The project, when Shadid talked about it occasionally, was more personal than that sort of subtitle can easily convey. Shadid grew up in Oklahoma, in a family of Lebanese origin. He attended the University of Wisconsin and went into newspaper work. Like many American writers whose families arrived here from somewhere else, he was drawn gradually to the landscape of his family’s origins. “House of Stone” tells the story of Shadid’s efforts to rebuild — and excavate the history of — a family property in Lebanon. When he spoke about that project, and the life he had forged in Lebanon to carry it out, he mentioned a theme that was always present in his newspaper correspondence: that the “zone of crisis” frame that so often surrounded reporting from the Middle East was frustrating and inadequate. The Arab world, like any other, was not best understood by focusing exclusively on its wars and conflicts (although he did not shy away from any of those, or whitewash their ugliness) but through its longer, subtler narratives of family, time, and transition. “House of Stone” is such a narrative.

Shadid, who died on Thursday at the age of forty-three, while covering the conflict in Syria for the Times, apparently of an asthma attack, was, over the last decade or more, the most intrepid, empathetic, fully engaged correspondent working in the Middle East for American audiences. He had many gifts and was an exceptionally graceful, easy, and generous man, but among the qualities that distinguished his work was the sheer commitment of it. When he came to the Washington Post about a decade ago to serve as a correspondent, I was working as an editor at the paper. I asked a standard job interview question about his goals in the years ahead, and he provided one of the most striking, emphatic answers I can recall from countless discussions of that type: He intended to move to the Middle East, to chronicle in every dimension possible the upheavals in Arab societies that would inevitably follow the September 11th attacks, and to do nothing else, professionally. If we, the Post, would facilitate this ambition, he would be grateful, but that was the only job he was interested in or would be for years to come, he said. It is rare for anyone — never mind a writer — to possess such clarity. And Shadid carried out his plan exactly as he said he would, just not for the full measure of years that we would have wished.