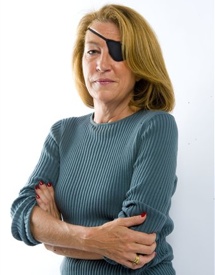 Christopher Dickey writes: I am not sure when, exactly, in the last 10 years — perhaps as I started to pull back from combat myself, and she did not — I realized that Marie really was the greatest war correspondent of our generation. She took extraordinary risks and got extraordinary stories year after year, decade after bloody decade. I think nobody can match her record for pushing herself into the middle of the action to witness what war is and what war does and “get the information out.” Because if you really want people to understand, really want them to care — and Marie wanted that very much — then press releases and human-rights reports and anonymous cellphone video vaguely attributed is not going to cut it. There is no substitute for the correspondent who goes and sees for herself what is happening, and tells the world in exact, dispassionate, irrefutable detail.

Last night, probably about the same time she posted that little item on Facebook, Marie also talked to the BBC, and when I heard her voice played back on the air this morning I had to smile. She was so cool — so very cool and exact — describing in measured phrases the terror all around her.

And for some reason, probably because we have to believe this of our friends in this business, I thought that she would never die, no matter what. At least, not this morning. Not now.

For those of us who were her friends, and there are many, there will be long talks on the phone about Marie’s life and loves, which were often tempestuous and sometimes tragic. There will be a great wake somewhere to send her off, raising a glass or two, or many, to her memory, which I am sure she would appreciate. Marie wrote so much about death, but she did love to live.