As much as the loss of innocent life universally provokes grief, horror, and rage, never is this more so than when the victims are children killed in cold calculation by adults.

Even before Mohamed Merah had been tracked down to an apartment in Toulouse, the names and images of some of his victims had been widely publicized. 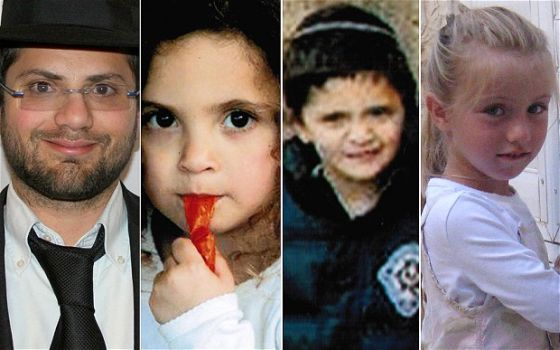 Such are the typical records of lives cut short — faces with bright shining eyes looking into a future they never reached.

In the first few days after Robert Bales gunned down his sixteen victims, we knew neither his name nor theirs. All we saw was a glimpse of a child’s charred body — a detail from an AFP photograph which showed victims in the back of a pickup truck surrounded by those in grief. The larger photograph was widely published, but few if any outlets drew attention to this gruesome element — a glimpse of a life lost but no record whatsoever of the lives lived. 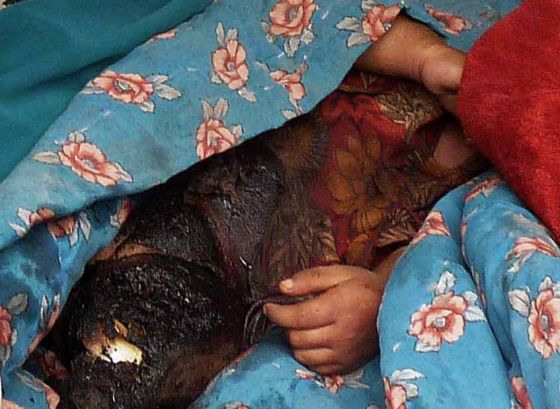 When it comes to Bales’ victims all we have is a list of names without ages.

But are Robert Bales and Mohamed Merah as radically different as is the coverage of their crimes?

Merah’s profile is typical of hundreds of second- or third-generation French immigrants from North Africa who have travelled to Afghanistan or Pakistan over the last two decades attracted by militant Islamist groups, security officials say.

Many were radicalised by the Israeli-Palestinian conflict, which triggered a wave of attacks on Jewish targets in France in the early 2000s, including arson attacks on synagogues. The number of anti-Semitic attacks declined last year, figures published by the Jewish community showed.

But this profile of radicalization does not diverge so far from the portrait of Sergeant Bales since both men were seen by those who knew them as regular guys.

Cedric Lambert, 46, father of an upstairs neighbour, said Merah was friendly and had helped them about 10 months ago to carry a heavy sofa upstairs.

“He was extremely normal,” Lambert said.

A group of four 24-year-old men of similar ethnic background who said they were friends of Merah tried to go to his apartment block on Wednesday to persuade him to surrender but were stopped at a police roadblock.

All told a Reuters reporter he had never talked to them about religion and they had no idea he had been to Afghanistan.

One friend who gave his name as Kamal, a financial adviser at La Banque Postale, said he had known Merah at school and they had done soccer training together after meeting again two years ago.

“He is someone who is very discreet. He is not someone who would brag and go around and say ‘Oh look at my new girlfriend, look how great I am.’ He is very polite and always well-behaved,” Kamal said.

“He never spoke about Islam but he did pray. But we all pray five times a day. There’s nothing strange about that.”

Another friend of Moroccan origin, who gave the pseudonym Danny Dem, said Merah had tried to enlist in the French army but had been rejected. He said he had seen Merah in a city centre nightclub just last week.

Merah did not drink “but I don’t think he is any more religious than I am. I think he has just lost the plot,” Danny Dem said.

A third contemporary, who declined to give his name, said he went to primary school with Merah and they had remained friends.

“He likes football and motor-bikes like any other guy his age,” said the man, dressed in a blue French national soccer shirt. “I didn’t even know he prayed.”

Pamela Geller, from her perch in Manhattan, made this comment while French police attempted to negotiate Merah’s surrender: “Negotiations? He should be shot in the head.”

I wonder whether President Obama would share Geller’s view, given that no one seems to be in any doubt that Merah is the killer? Even if he does, the problem with the administration of instant “justice,” is not simply that it might be of dubious legality but that it undermines a crucial element of criminal investigation: to better understand the motives of the perpetrator.

This isn’t a matter merely of academic interest.

When Merah claims that he was trying to avenge the deaths of Palestinian children killed by Israelis, is he merely parroting the views of radicals by whom he was indoctrinated, or was the Israeli-Palestinian conflict the primary cause of his radicalization? It’s worth knowing the answer and if he gets shot in the head we’ll probably never find out.

As for the idea that the death of four Jews in France — indisputably targets of an anti-semitic attack given that Merah knew perfectly well that these individuals had no role in the killing of Palestinian children — the idea that these deaths should prompt other Jews to flee Europe, begs this question:

If this would be sufficient cause for Jews to flee Europe, haven’t Jews in Israel already been given thousands of similar reasons to flee the Jewish state?

Neither flight nor vengeance offer an intelligent answer to this violence.