Philip Weiss writes: I need to reclaim my American spiritual roots. This website [Mondoweiss] has been about Jewishness for me because the neoconservative project for the Middle East made me Jewish (as I have said many times) but I will have a Jewishness that is authentic to my experience. I love the Passover deliverance story only if it is shared. I hate the Purim story, I don’t even know what my Torah portion was about. The story of the binding of Isaac has helped me understand my relationship with my father, and all authority, but honestly I was more thrilled by getting to the place it took place in Minnesota when I was 21 — Dylan’s Highway 61– than by Mount Moriah in occupied East Jerusalem. 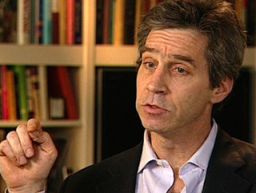 I don’t need Jewish sovereignty over the Temple Mount to believe in the binding. Any more than my wife needed Christian sovereignty in Jerusalem to bring me along when a group of English nuns she’d met took her on the Stations of the Cross last year, a powerful story about heresy and excommunication.

I find as much power in Jim’s beating his deaf daughter in Huck Finn as I do in the binding of Isaac, and I want an identity politics that respects my spirit and the American winds that move it, from Mark Twain to Melville to Carson McCullers to Isaac Singer to Schocken’s translations of Kafka to my lapsed Protestant wife’s yoga and ayurvedhic medicine and Tarot. I don’t want chosenness. Not when I’ve learned so much from lapsed Catholics with values of humility and egalitarianism. And J Street has credibility in part because its leader’s father was in the Irgun? What does the Irgun have to teach me?

Do I sound like a nativist? I don’t care; Israel never called to me. I believe Zionism’s greatest achievement is the idea of Jewish physical labor. I don’t want my foreign policy guided by Jeffrey Goldberg who felt unsafe here and emigrated to Israel. I would rather a nativist foreign policy that is thoughtful of the Americans who are likely to have to go off and do the fighting (not us).

I can’t understand Hebrew because I had American enthusiasms. I was listening to the Wailers and role-modeling Joseph Pulitzer who said that his job was to afflict the comfortable and comfort the afflicted, and Harrison Salisbury who put out the Pentagon Papers and Sy Hersh who exposed My Lai and Melville who said that all men wear muzzles on their souls and he wanted to undo the muzzles, anticipating gay liberation by 100 years.

I am sick of our media valorizing a democracy that has not had our hard lessons in liberation.

That has not integrated the armed forces—we did that in 1948.

That excludes minorities from the governing coalition – we fixed that in 1964.

That redlines Palestinian home sales—we got rid of the gentleman’s agreement in the 60s.

That has segregated schools– we attacked that in 1954.

That breaks historic compromises and extends rightlessness into the territories—we did that between 1854-1861, till that regime was washed away by “verry much bloodshed,” as John Brown prophesied.

I’m proud of a country that gave a home to Ali Abunimah when Israel wouldn’t let him or his family go to the place his parents were born. And if Israel ceases to be a Jewish state it will be no spiritual rubble for me, no, it will be because it honors a principle that my forefathers put down in the Declaration of Independence and our leaders are still struggling to make real.

Religion is the thing that gives your life meaning. It’s the codes and ideas and koans and dreams and stories that sustain you and give you purpose and explain your responsibilities to yourself and others and the land. It’s not a book in a church. Emerson said the dead books scatter your force, lose your time and blur the impression of your character. My codes are American ones, shot through with Jewish diaspora yearnings and my wife’s mystical explorations, and my story is American and my guides are American pantheists from Thoreau to Joan Osborne.

My story is only half American — I was 29 when I arrived here — but having been guided by Thoreau most of my life, I can say Phil and I share the same faith.

Beyond that, there is something about Jewish identity in America that I not only can say as a non-Jew, but that is a dimension of Jewish identity that must in fact be illuminated by non-Jews.

In a society in which there is little evidence of any remaining institutionalized mainstream antisemitism, for the vast majority of us non-Jews, Jewish identity is something about which we are indifferent. Whether someone is or is not a Jew simply does not matter. No one scores or loses any points on account of being Jewish.

Hearing Peter Beinart describe his grandmother’s experience of repeatedly being uprooted because she was Jewish shows the stark contrast with different places and times where Jewish identity was not simply an internal and communal self-identification, but was a target for hatred.

As much as such memories remain embedded in the Jewish experience, they are at least for most American Jews not a significant dimension of contemporary Jewish life in this country. And in the absence of external forces of negative reinforcement, the only thing that really threatens Jewish identity is that individual Jews become tired or see no reason to labor at differentiating themselves from non-Jews.

When identity can only be sustained through a firm grasp, it seems inevitable that over time that grasp will loosen and the identity will gradually dissolve and transform.

As much as modernity may have made all of our identities much more difficult to grasp, we are less at risk of becoming untethered than at risk of tying ourselves to false anchors.