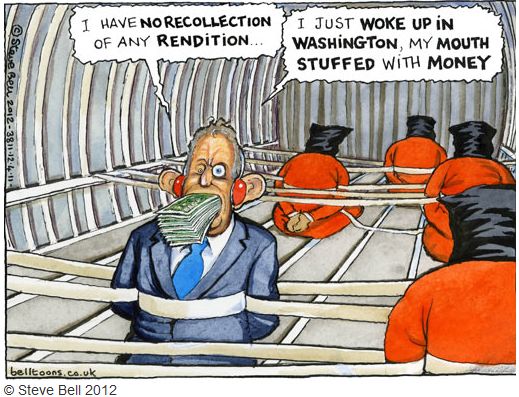 The Guardian reports: Tony Blair, prime minister at the time MI6 rendered Abdel Hakim Belhaj, a prominent Libyan dissident, to the Gaddafi regime in 2004, has said he had “no recollection” of the incident.

But he said he was sure the operation would be investigated “as it should be”.

Interviewed for BBC Radio 4’s World at One programme, Blair added that it should be remembered that “people in the Middle East were also trying to fight terrorism and extremism”. Britain’s co-operation with Libya at the time was important, the former prime minister said.

He referred to comments made by the then foreign secretary, Jack Straw, who said the government had been opposed to unlawful rendition. “As far as I know [the government] kept to that position,” Blair said.

However, Straw has added: “No foreign secretary can know all the details of what its intelligence agencies are doing at any one time.”