Michael Ware writes: I should be dead. I wish I was.

Those eight words were not easy to write. It’s even harder now reading them back. Seeing them there, sullen and sad and monosyllabic in their black and white. 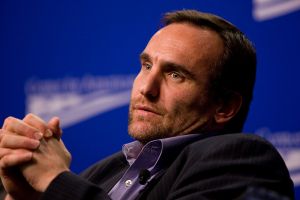 For the longest time I wished I was dead. I wished one of my multitude of near-misses wasn’t. Later there then came a time—when I’d first stopped living in war and first found Brooklyn—a time when I consciously, achingly desired death. Craved it. Longed so hard and bitterly for it that it became some taut tripwire strung within me where no one could see. But then, perhaps, thinking back, decoding it anew, maybe the wish was not to be dead? Not entirely? Not when I drill down into it. Maybe my wish rather was for all the pain to simply end?

Yes, that’s starting to seem more like it. Maybe it wasn’t death I wanted so much as it was oblivion.

I won’t tell you how close I did or did not come in those angry days, after what feels now like an unspeakable decade of reporting wars; wars from Lebanon to Georgia, to Pakistan and Afghanistan; all mere accompaniments to six or seven years in Iraq. But I will tell you of when, on a day I cannot distinctly remember, that I came to know I wouldn’t do it. That no matter what, no matter how badly I pined for it, I would nonetheless continue. Even if that meant being sentenced to a slow, quiet torment for the term of my natural life. That was the day I finally accepted it was a choice no longer mine to make. [Continue reading…]