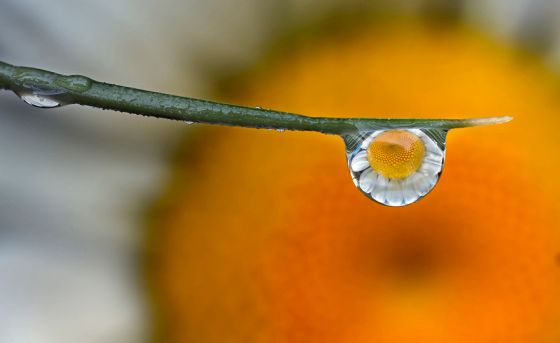 Jonah Lehrer talks to the psychologist Bruce Hood about his new book, The Self Illusion.

LEHRER: The title of The Self Illusion is literal. You argue that the self – this entity at the center of our personal universe – is actually just a story, a “constructed narrative.” Could you explain what you mean?

HOOD: The best stories make sense. They follow a logical path where one thing leads to another and provide the most relevant details and signposts along the way so that you get a sense of continuity and cohesion. This is what writers refer to as the narrative arc – a beginning, middle and an end. If a sequence of events does not follow a narrative, then it is incoherent and fragmented so does not have meaning. Our brains think in stories. The same is true for the self and I use a distinction that William James drew between the self as “I” and “me.” Our consciousness of the self in the here and now is the “I” and most of the time, we experience this as being an integrated and coherent individual – a bit like the character in the story. The self which we tell others about, is autobiographical or the “me” which again is a coherent account of who we think we are based on past experiences, current events and aspirations for the future.

The neuroscience supports the claim that self is constructed. For example, Michael Gazzaniga demonstrated that spilt-brain patients presented with inconsistent visual information, would readily confabulate an explanation to reconcile information unconsciously processed with information that was conscious. They would make up a story. Likewise, Oliver Sacks famously reported various patients who could confabulate accounts to make sense of their impairments. Ramachandran describes patients who are paralyzed but deny they have a problem. These are all extreme clinical cases but the same is true of normal people. We can easily spot the inconsistencies in other people’s accounts of their self but we are less able to spot our own, and when those inconsistencies are made apparent by the consequences of our actions, we make the excuse, “I wasn’t myself last night” or “It was the wine talking!” Well, wine doesn’t talk and if you were not your self, then who were you and who was being you?

LEHRER: The fragmented nature of the self is very much a theme of modernist literature. (Nietzsche said it first: “My hypothesis is the subject as multiplicity,” he wrote in a terse summary of his philosophy. Virginia Woolf echoed Nietzsche, writing in her diary that we are “splinters and mosaics; not, as they used to hold, immaculate, monolithic, consistent wholes.”) In your book, you argue that modern neuroscience has confirmed the “bundle theory” of the self proposed by Hume. Do you think they have also confirmed these artistic intuitions about the self? If so, how has science demonstrated this? Are we really just a collection of “splinters and mosaics”?

HOOD: Yes, absolutely. When I was first asked to write this book, I really could not see what the revelation was all about. We had to be a multitude – a complex system of evolved functions. Neuroscientists spend their time trying to reverse engineer the brain by trying to figure out the different functions we evolved through natural selection. So far, we have found that the brain is clearly a complex of interacting systems all the way up from the senses to the conceptual machinery of the mind – the output of the brain. From the very moment that input from the environment triggers a sensory receptor to set off a nerve impulse that becomes a chain reaction, we are nothing more that an extremely complicated processing system that has evolved to create rich re-presentations of the world around us. We have no direct contact with reality because everything we experience is an abstracted version of reality that has been through the processing machinery of our brains to produce experience. [Continue reading…]

This conversation has been sitting untouched in my sources ‘inbox’ for a while because it deals with a complex philosophical issue that doesn’t really lend itself to the on-the-fly nature of blogging. Even so, for better or worse, I’ll now venture forth and tease out at least one strand (and probably pick up a few others along the way).

“We have no direct contact with reality because everything we experience is an abstracted version of reality,” says Hood as he deconstructs self yet sustains subject-object dualism. This isn’t really correct (and I think Hood would readily concede this point) because the abstracted versions of reality constructed within and constantly transforming our brains are just as much a part of reality as the things these abstractions represent.

What distinguishes selves from the rest of reality is the dynamic relationship they possess with everything around them.

A rock has a relationship with its environment that is relatively simple and mostly passive. Under the influence of heat, moisture, and wind, it slowly erodes. It affects its immediate environment by casting a shadow and restricting the availability of oxygen, water, and light to soil under its surface, but in the network of terrestrial phenomena it forms a simple node.

In contrast, human selves are fabulously complex nodes that mirror and interact with each other through a vast array of connections in constant flux. An image of these nodes of complexity is captured in a Buddhist metaphor called Indra’s net. Timothy Brook eloquently describes the idea:

When Indra fashioned the world, he made it as a web, and at every knot in the web is tied a pearl. Everything that exists, or has ever existed, every idea that can be thought about, every datum that is true — every dharma, in the language of Indian philosophy — is a pearl in Indra’s net. Not only is every pearl tied to every other pearl by virtue of the web on which they hang, but on the surface of every pearl is reflected every other jewel on the net. Everything that exists in Indra’s web implies all else that exists.

Beyond this feature of universal connectivity in which everything participates, our neural pearls are supercharged with complexity. This is where reality fizzes!

With the hubris of science in general, neuroscience is inclined to treat its exploration of self as a new frontier, but Buddhist philosophy has been mapping out this territory for about 2,500 years. As this theory of self was first exported to the West through translations and later through spiritual teachings, it often got expressed in pop culture as the idea that the self is non-existent — egolessness. But as Robert Thurman explains, it is not that we have no self but that self’s nature is relational. There is no self which exists outside the set of relationships within which it forms a complex, dynamic, ever-changing node.

3 thoughts on “The self illusion”