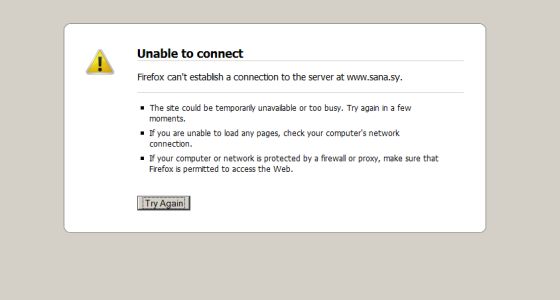 Maybe it’s just a temporary network glitch, but the fact that the state-run SANA website is currently (6.30AM US Eastern) unavailable provides yet another hint that the government is struggling to retain its grip on power. Likewise, the fact that Bashar al-Assad has not publicly uttered a word since three members of his inner circle lost their lives on Wednesday, casts further doubt on his ability to remain in power.