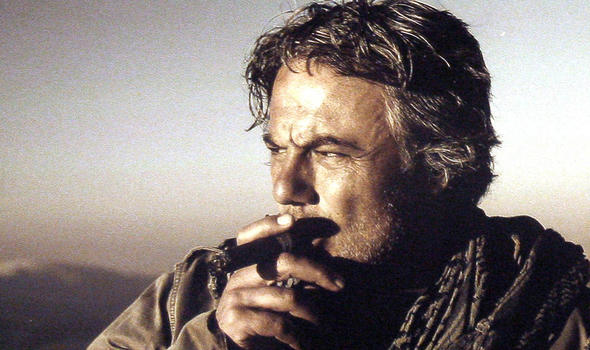 While Western powers and their Arab allies weigh up Brig. Gen. Manaf Tlass and his potential as Assad-replacement material, one observer provides a much more telling view of a man who appears to embody continuity much more than change.

Bassam Haddad writes: Tala was a friend of a friend. I met her in the early 2000s. Shortly afterward, she disappeared from the office. It turns out she got married.

Some years later, during one of my regular visits to Syria, I was with a group of friends at one of the bustling new restaurant-bars that dotted Damascus’ old city, around Bab Touma. Some places were more popular than others, frequented by internationals and a particular stratum of Damascene society that included some people who were pro-regime and others who were opposed. By the mid-2000s, one’s opinion of the regime did not matter much, in and of itself. What brought these Damascenes together was their common benefit from President Bashar al-Asad’s “economic reform” policies and the social stratification they had produced. In these circles, criticism of the regime was no longer taboo — so long as it was presented in a pleasant and “reasonable” manner. No names, no mention of sect, nothing “subversive.” Anyway, why would these people want to subvert the status quo?

That night, I was introduced to Tala’s husband, Manaf Tlass, as a “Syria researcher” working on the “Syrian economy.” At the time, Manaf was one of the regime’s top strongmen, working side by side with Mahir al-Asad (the president’s younger brother) as a commander of elite units in the Republican Guard. It was too dark to make out his features. Most of what I saw was the big round flame at the tip of the cigar that seemed surgically attached to his fingers, if not his lips. He asked a few questions. I answered politely. I knew who he was, and thought it was odd that he mingled so freely.

On a subsequent trip, at a birthday party in another of those restaurants, I met Manaf again. This time, he asked someone to ask me to come to his table. Usually, that is not a good thing. I obliged, and he took me aside, asking more questions about regional politics and, then, Syria. I found myself discussing post-colonial development with Manaf and his cigar as Stardust’s remix of “Music Sounds Better with You” played in the background. We talked for a few minutes before I excused myself. Later, as he said his goodbyes to his fellow diners, Manaf approached me and asked me to come to his home office in Mazzeh. I was not asked for my cell phone number but was given an office number to confirm the visit.

I was in a tricky position. My research on Syrian political economy examined state-business networks and traced the deepening relationships between state officials and businessmen.

Manaf Tlass was no businessman, having gone the route of his father, Mustafa, the former defense minister who was a close confidante of Hafiz al-Asad for decades. But his brother, Firas, was. Many offspring of the Syrian leadership had gone the entrepreneurial route, and by the late 1980s they had become big businessmen, often with the aid of connections to consummate insiders like Manaf. Firas Tlass is said not to have exploited his connections as much as others, but the fact is that policymakers and policy takers in Syria were increasingly bound together. And there was another model that proved even more efficient at generating profits: The state official himself was a businessman in his capacity as a private citizen, creating what I called “fusion” between the public and private sectors.

For about ten years, I had been trying to study the development of capitalism in Syria, how it sustained authoritarianism and the attendant social machinations. I was not interested in exposing this or that character, as the “fusion” formula is not unique to Syria, and the Syrian regime was in no need of further unmasking. I purposely avoided talking to government and regime figures because the returns from such interviews are usually meager, and there is always the risk of raising suspicions about one’s research. The last systematic fieldwork by a Western scholar on Syria’s political economy had been carried out by Volker Perthes a decade earlier, producing the staple book The Political Economy of Syria Under Asad (1995). It was not a walk in the park for Volker, and nor was it for me. Though Firas Tlass, the fast-growing tycoon, was quite accessible, I elected not to speak with him, relying instead on an interview Joseph Samaha, one of the best journalists of our time, had conducted for al-Hayat in 1999. But now Firas’ brother, on the other side of the state-business equation, wanted to speak with me. It was not easy to say yes or no.

Manaf was quite candid and seemed more interested in conversation than surveillance. Still, I hesitated for some time before friends advised me not to skip out on the meeting.

At the time, Manaf was a rising star, quite close to the Asad family. Regime strongmen had regained their swagger after several years of “consolidation” that took place after the succession of Bashar to the presidency. It was a day to begin making Syria anew, with a younger and more contemplative, though less seasoned, leadership. The theme was less “reform” than “modernization,” less “change” than “continuity.” There was an atmosphere of cautious openness.

I walked into Manaf’s office and was politely asked to sit. I politely turned down the offer of a cigar. After some back-and-forth about my heritage (my mother is Syrian), Manaf asked me to share with him my frank thoughts about the Syrian regime, without stammering or self-censorship. It was surreal.

I was not unafraid. But I spoke forthrightly because it was the only thing I could do, and, honestly, because Manaf’s bearing was anything but intimidating or reminiscent of the stereotypical interrogator.

Taking care to be respectful, I shared my views on the limits of authoritarianism in time and space, and the limits of Syria’s regional role in the absence of more inclusive power-sharing formulas inside the country. When Manaf asked about corruption, I made sure to repeat, almost verbatim, the words of ‘Arif Dalila, an independent Marxist economics professor at the University of Damascus who was incarcerated in 2001 for his anti-regime views, during the post-“Damascus spring” round of arrests. ‘Arif was one of the most courageous people around — a mentor and, later, a friend. In 1998-1999, under Asad senior, mind you, when mosquitoes shuddered at the thought of landing on a regime member’s nose, he would walk down the aisle of the packed auditorium at the Tuesday Economic Forum. He would take the stage and dismantle the state’s rhetoric regarding the causes of Syria’s economic decline after the mid-1990s. He would say to rooms crawling with informants (and worse), and I quote from my notes:

Corruption is not a moral or ethical problem at heart, and it does not start at the moment when a policeman or border officer asks for a bribe. It is a systemic practice with a social, economic and political material base intended to sustain the entire political formula in this country…. We should not blame the poor officer who cannot make ends meet on his salary, but instead we should demand accountability at the highest level possible in this regime.

Talk about goose bumps. It was scary just to witness those words uttered. The room would fall silent, as though everyone had literally died, but everyone was actually feeling hyper-alive as ‘Arif would yifish al-ghill (redeem) the listeners in the most visceral way. Almost immediately after he spoke, over half of the audience would leave. It was one of the reasons why the Forum’s general secretary, Farouq al-Tammam, would beg ‘Arif to postpone his intervention until the end, knowing that everyone would stay to hear him. ‘Arif was not just a political economist or regime critic. He was a visionary, versed in the intricacies of global politics, and someone who would tear up when discussing the loss of Palestine by Arab regimes, including Syria’s.

Manaf listened without interrupting, and without letting go of his cigar. He then responded for 20 minutes, challenging me mildly on the feasibility of genuine reform in Syria and giving his views on democracy, the United States and regional politics. He was also forthright. His ideas, however, were underdeveloped or, more precisely, developed in a mind accustomed to wielding excessive power. [Continue reading…]

1 thought on “My 50 minutes with Manaf Tlass”