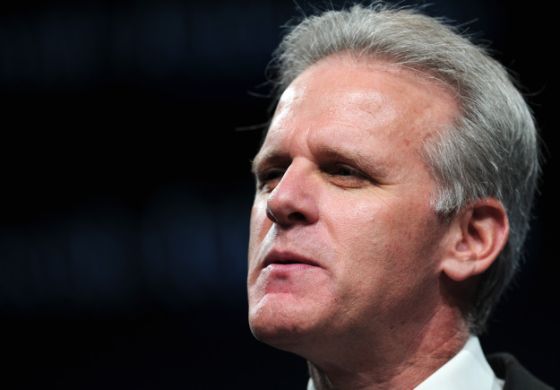 Michael Oren with lips pursed. Something's rolling around on his tongue. Did he just cough up some phlegm or come up with his latest lie?

I know it’s one of the most worn-out jokes in existence but never more true than when applied to Israel’s ambassador to the US. How can you tell when Michael Oren is lying? You can see his lips move.

Israel’s ambassador to the U.S Michael Oren, who is no stranger to gaffes, provided yet another strange headline on Sunday. Only hours after the attack on the Kerem Shalom crossing, before the fog of war had time to dissipate, the ambassador announced on his Twitter account that Iran was behind the assault.

“Iranian backed terrorists again struck at our Southern border today killing 15 Egyptian guards and attempting to massacre Israeli civilians,” Oren wrote in a Twitter post. On his Facebook page he wrote that “terrorists also shelled Israeli farms and towns along the border… the thwarted attack underscores the length to which the extremist regime in Iran will attempt to kill innocent Israelis.”

It is unclear what prompted Oren to release these statements, as it is clear he was in no possession of evidence linking Iran to the attack. Just how unfounded these allegations are was further underscored by a briefing given Monday morning by Defense Minister Ehud Barak at the Knesset Foreign Affairs and Defense Committee. In the briefing, Barak said the insurgents were operatives in an organization affiliated with Al-Qaida, “apparently some kind of global Jihad, with unclear connections.”

Oren’s gaffe brings to mind a statement made last month by his boss, Prime Minister Benjamin Netanyahu – shortly after the terror attack in Burgas, Bulgaria. While it was still unclear whether the attack was carried out by a suicide bomber or caused by hidden explosives, Netanyahu wasted no time in pointing a finger at Iran. A day later Netanyahu corrected himself, saying Hezbollah was behind the attack. It is worth noting, however, that two weeks after the Bulgaria attack, Israeli, Bulgarian and U.S. officials are still searching for a lead on the identity of the perpetrator.

Like Netanyahu, Oren’s statements on Twitter and Facebook are part of an Israeli propaganda campaign aimed at smearing Iran’s image. Yet like everything in life – it is all about dosage. Sometimes the urge to galvanize the world against the Iranians can lead to nothing more than baseless exaggerations.

1 thought on “Israel’s envoy to U.S. blames Iran for Sinai attack, but evidence is lacking”