Foreign Policy reports: In a ceremony in Tripoli, Libya’s National Transitional Council (NTC) handed over power to the newly elected 200-member general national congress in the first peaceful transfer of power in Libya’s modern history. The NTC took the reins 10 months ago after the ouster and death of Muammar al-Qaddafi. The body has now been dissolved. NTC head Mustafa Abdul Jalil acknowledged the NTC’s inability to restore security in Libya, as fighting continues between militia groups, but noted that the body ruled in “exceptional times.” Violence has particularly increased over the past week, including a car bomb near the military police offices in Tripoli, an explosion at the empty former military intelligence offices in Benghazi, and an attack on a Red Cross compound. Of the 200 seats in the congress, 120 are held by independents, while 39 of the 80 seats available to parties went to wartime opposition Prime Minister Mahmoud Jabrili’s National Forces Alliance. The political wing of the Muslim Brotherhood, the Justice and Building Party, has 17 seats. The new assembly held its first meeting directly after the ceremony. Its first task is to select a prime minister, who will appoint a cabinet. The congress will have legislative powers, but it is uncertain if it will choose a 60-member panel that will draft a new constitution, or if the panel will be directly elected. 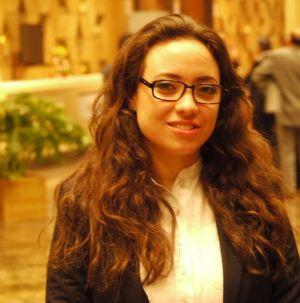 Libya Herald reports: A fierce row broke out in the National Congress this morning, Thursday, after one congressman walked out of the handover ceremony because the young woman hosting the event was not wearing a headscarf.

The controversy deepened further when Mustafa Abdul Jalil, in one of his final acts as NTC Chairman, ordered Sarah Elmesallati to leave the stage midway through her presentation.

“I had finished the welcoming section of my presentation, and as I was walking back onto the stage to announce the national anthem someone emerged from the middle of where the congressmen were sitting and said: “Cover your head! Cover your head!”, Elmesallati told the Libya Herald.

When Elmesallati ignored his demand, Salah Baadi, an independent congressman from Misrata and prominent Islamist, walked out of the handover ceremony in protest.

“After that, an assistant of Jalil came up to me and said ‘please, I’m asking you as a daughter, can you please stop’. I begged him to let me continue, but when I walked back on stage, Jalil caught my eye, pointed at me, and signalled for me to go away, so I did”.

In what would appear to have been an indirect reference to the event, Jalil then used his speech to emphasise the importance of freedom of expression in Libya whilst respecting its Muslim traditions.

The remainder of the ceremony was hosted by a young man, whose presentation passed off without incident.

The spat provoked a fierce reaction amongst both congressmen and others in attendance at the event, as well as a debate about the appropriate extent of freedom of expression in the new Libya.

“Everybody around me condemned this behavior”, said Mukhtar Al-Atrash, an independent candidate from Khoms, in reference to Baadi’s protest. “But you cannot control people. This is a personal taste; it’s an ugly taste, but a personal one.

“I don’t condemn Jalil, however. I think he did this to keep things in order. He didn’t want the disruption”.

Others were less sympathetic to the actions of the NTC chairman. “That’s yet another historic occasion he’s managed to ruin”, said Huda Abu Zaid, a freelance Libyan journalist living in Tripoli. “We were all furious”.

Elmesallati said she was shocked by the incident, but insisted that she would not hold it against Jalil. “He did a lot for this country so I have to forgive him for this; that’s why.

“As for the congressman, I want to speak to him personally about this if I get the chance”.