This is the definition of ideological myopia: the ideologue can’t see beyond his or her own convictions and so is singularly lacking when it comes to the art of persuasion.

Pamela Geller thinks that a message plastered on the side of a bus is a good way of reaching a lot of people — especially in a city like San Francisco where there are lots of buses and lots of pedestrians. The problem for her is that the message she wants to spread is one that is likely to only appeal to Islamophobic bigots like her. It’s hateful tone simply won’t resonate with people who don’t already share her fears.

Yousef Munayyer has come up with a counter-message (which is thus far just a photoshop image) and since he doesn’t go for the jugular or push a slogan that merely appeals to pro-Palestinian activists, he’s crafted a message that does what every effective political message should do: attempt to engage people with open minds. 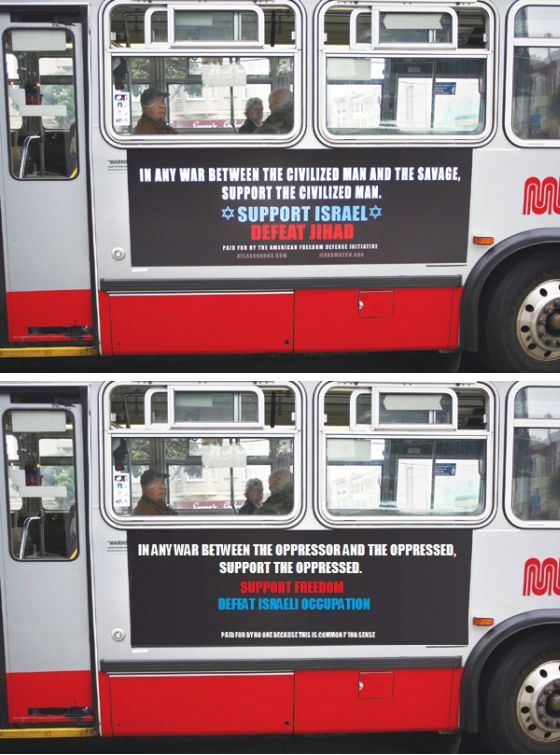 1 thought on “Who delivers the smart message?”