In a post I published yesterday I described Richard Silverstein as a fool. It appears that I may have been treating him too kindly. 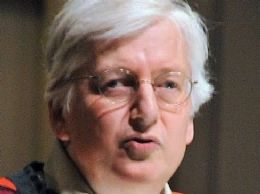 Soon after Silverstein published a “document” which he described as “Bibi’s Secret War Plan” a number of Israeli readers were quick to note the glaring similarity between this “document” and a post on the Israeli social media site, Fresh.

Silverstein accounted for the similarities by saying this:

My original IDF source leaked the post to a Fresh member and me at the same time. That person published a small portion of the original memo at Fresh, embellishing it with much material that was meant to disguise what it was and where it came from. I can’t ascribe motives to whoever published it at Fresh, but much of it [is] fantasy and isn’t in the original document.

The operators of Fresh have now released the following statement which makes it clear that Silverstein’s “document” originated from the Fresh post itself. Whether it was Silverstein’s own plagiarism or someone else’s we don’t know, but his claim that this is an Israeli government document has now been shown to be false. Again, whether Silverstein was duped or was a knowing participant in this act of falsification, we don’t know.

I suggested yesterday that Silverstein has been given attention by the mainstream media that he doesn’t deserve, but I think the situation has now changed. The same reporters who were recently willing to turn to him for information about his latest dubious “scoop” should now be calling him to ask some tough questions.

Here’s the statement from Fresh:

Over the past two days, most of the people in Israel (ourselves included), have seen news reports all over the media, detailing the “Israeli Iran Attack Plan”, allegedly originating from one Richard Silverstein, an American Anti-Israeli blogger.

Silverstein, whose lack of integrity is shown by his claims to have never visited www.fresh.co.il though he has an active account, which he used to write 11 posts (the 12th was an attempt to publish classified information and resulted in deletion and a six month suspension of his account – suspension which was ended over a year ago), published yesterday a translation of what he claimed to have been a document obtained from “a high-level Israeli source who received it from an IDF officer”.

Since we can’t read minds, we can only guess whether Silverstein source actually exist, and whether the source was informed on this “attack plan”. What we don’t need to speculate about, is the fact the first publication of the said document (in a different version, which defined it as “an optimistic scenario for an attack in Iran” and clearly stated that it was based on foreign and non-classified sources and on the author’s own imagination) – was published four days before Silverstein’s publication, right here, on this website, in the Army and Security Forum, as a thread which was started by the forum’s moderator, Sirpad, on behalf of one of the forum’s most veteran and respected users, who was the original author of the document (yes, he and non-other).

Since we have no expectations that a man who dedicates his life to causing harm to the State of Israel and its citizens, will be honest enough to admit that his “scoop” is neither scoop nor his, we were hoping that at least the Israeli Media, which rushed to quote Silverstein, Will know to give Sirpad, the real author, and original place of publication, their due credit. Needless to say they we were disappointed. Since yesterday there were articles in NRG, YNET, Channel 2, Ma’ariv (whose printed version did point out that Silverstein wasn’t in fact the first publisher of the story, but failed to name Sirpad, The real author, or fresh.co.il and identified the true origin as “an Israeli Forum” ), Israel army radio and “Israel Hayom” – and none of them gave the credit which media outlets are supposed to give.

Worthy of a positive mention is Avri Gilad who named the true origin of the story both in his morning show in Channel 2 and in his radio show in the Army radio.

We understand there is great deal of embarrassment among the media, which had quoted a dubious and irresponsible blogger, but that shouldn’t, in our opinion, cause them to refrain from correcting their articles, now, when they know the truth. In fact the seriousness of a news publication can be measured in its willingness to admit its mistakes and to correct them.

We hope that media outlets, mentioned here, all of them among the most respected in Israel, will know to set things right, and clarify that the original publication was written by a veteran and well known member of the fresh.co.il community, and was published on his behalf by the Moderator of the Army and Security Forum, Sirpad. That is how a responsible media should act – and this how any news organization would expect other to treat him or its reporters were things different.