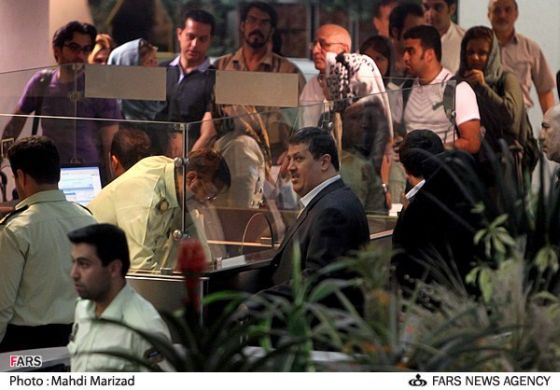 Reuters reports: The son of former Iranian president Akbar Hashemi Rafsanjani returned to Iran from exile to answer charges of inciting unrest after a disputed election in 2009, fuelling speculation that Rafsanjani’s influence in Tehran may once again be growing.

Mehdi Rafsanjani had spent several days in Dubai and been expected to return to Iran on Sunday, an independent source told Reuters.

Analysts say his return indicates a deal has been agreed with authorities to resolve the charges he faces, and suggests his father’s political fortunes may be reviving.

As oil sanctions continue to bite and with a presidential election set for next year, some are tipping the pragmatic yet conservative Rafsanjani as a surprise candidate.