Benjamin Netanyahu must be a happy man. He’s been yearning to draw a red line and now, in front of an assembly of world leaders at the United Nations General Assembly, he’s done just that. 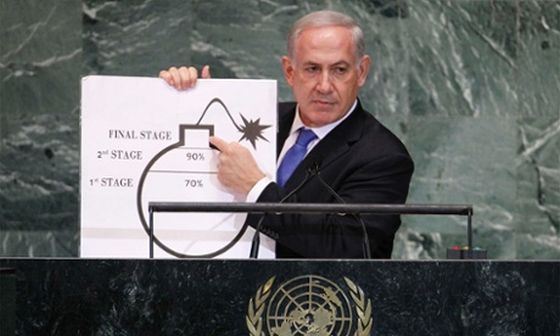 And here comes the red marker pen. Voila! A red line has been drawn. 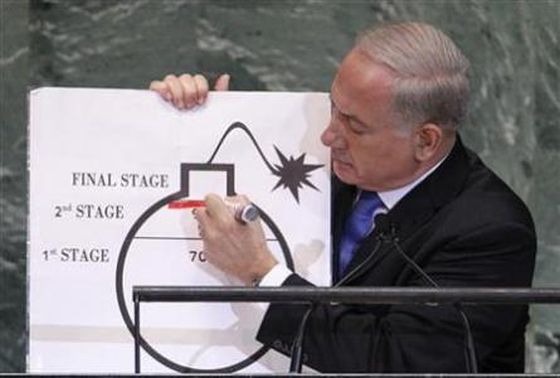 There’s a fitting irony at a time when Muslims get mocked because a few among their ranks get irate about cartoons of the Prophet Muhammad, that one of the arch demonizers of Islam, Benjamin Netanyahu, would allow a cartoon bomb to blow up in his face.

The Israeli prime minister even managed to embarrass one of his most reliable American defenders, Jeffrey Goldberg:

Okay, it’s official: #Netanyahu has no idea what he’s doing. He has just turned a serious issue into a joke.

Still, Netanyahu can’t take all the blame. He had accomplices in this bomb-making event. An artist was employed. Perhaps there was a meeting of Netanyahu’s inner cabinet. The graphic was displayed. The assembled all agreed: this’ll show the world.

Darn right! But maybe it didn’t signal the intended message.