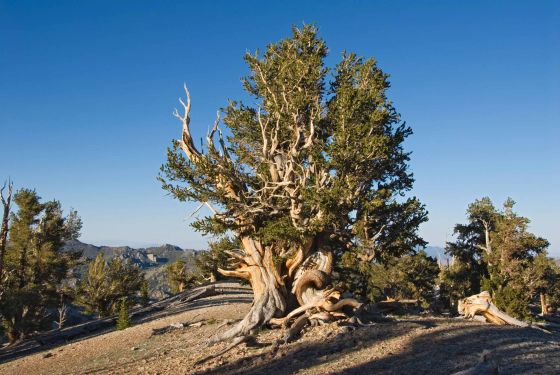 The world's oldest living trees, bristlecone pines each stand on their own pedestal of dolomite rock, high in the Californian mountains.

At Aeon Magazine, Ross Andersen writes: No event, however momentous, leaves an everlasting imprint on the world. Take the cosmic background radiation, the faint electromagnetic afterglow of the Big Bang. It hangs, reassuringly, in every corner of our skies, the firmest evidence we have for the giant explosion that created our universe. But it won’t be there forever. In a trillion years’ time it is going to slip beyond what astronomers call the cosmic light horizon, the outer edge of the observable universe. The universe’s expansion will have stretched its wavelength so wide that it will be undetectable to any observer, anywhere. Time will have erased its own beginning.

On Earth, the past is even quicker to vanish. To study geology is to be astonished at how hastily time reorders our planet’s surface, filling its craters, smoothing its mountains and covering its continents in seawater. Life is often the fastest to disintegrate in this constant churn of water and rock. The speed of biological decomposition ensures that only the most geologically fortunate of organisms freeze into stone and become fossils. The rest dissolve into sediment, leaving the thinnest of molecular traces behind.

Part of what separates humans from nature is our striving to preserve the past, but we too have proved adept at its erasure. It was humans, after all, who set fire to the ancient Library of Alexandria, whose hundreds of thousands of scrolls contained a sizable fraction of classical learning. The loss of knowledge at Alexandria was said to be so profound that it set Western civilisation back 1,000 years. Indeed, some have described the library’s burning as an event horizon, a boundary in time across which information cannot flow.

The burning of books and libraries has perhaps fallen out of fashion, but if you look closely, you will find its spirit survives in another distinctly human activity, one as old as civilisation itself: the destruction of forests. Trees and forests are repositories of time; to destroy them is to destroy an irreplaceable record of the Earth’s past. Over this past century of unprecendented deforestation, a tiny cadre of scientists has roamed the world’s remaining woodlands, searching for trees with long memories, trees that promise science a new window into antiquity. To find a tree’s memories, you have to look past its leaves and even its bark; you have to go deep into its trunk, where the chronicles of its long life lie, secreted away like a library’s lost scrolls. This spring, I journeyed to the high, dry mountains of California to visit an ancient forest, a place as dense with history as Alexandria. A place where the heat of a dangerous fire is starting to rise. [Continue reading…] 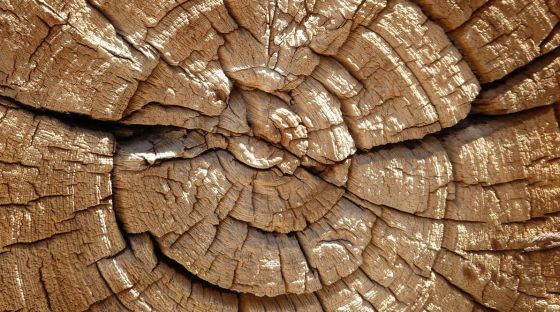 2 thoughts on “A vanishing chronicle of climates past”