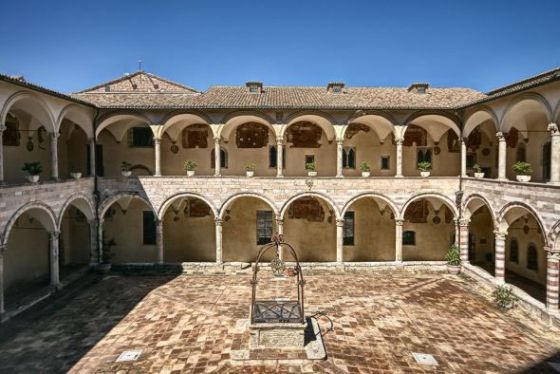 The cloister of the basilica of Assisi.

Emily Badger writes: Architects have been talking for years about “biophilic” design, “evidence based” design, design informed by the work of psychologists. But last May, at the profession’s annual convention, John Zeisel and fellow panelists were trying to explain neuroscience to a packed ballroom.

The late-afternoon session pushed well past the end of the day; questions just kept coming. It was a scene, Zeisel marveled—all this interest in neuroscience—that would not have taken place just a few years earlier.

Zeisel is a sociologist and architect who has researched the design of facilities for Alzheimer’s patients. Architects, he explains, “understand about aesthetics; they know about psychology. The next depth to which they can go is understanding the brain and how it works and why do people feel more comfortable in one space than another?”

This is an admittedly abstract concept. To help explain, architects often tell this story: Early in his career, when he was still struggling to find a cure for polio, Jonas Salk retreated to Umbria, Italy, to the monastery at the Basilica of Assisi. The 13th-century Franciscan monastery rises out of the hillside in geometric white stone, with Romanesque arches framing its quiet courtyards. Salk would insist, for the rest of his life, that something about this place—the design and the environment in which he found himself—helped to clear his obstructed mind, inspiring the solution that led to his famous polio vaccine.

“He really thought there was something to this,” says the architect Alison Whitelaw, “that the quality of the built environment could affect the performance of the brain.” [Continue reading…] 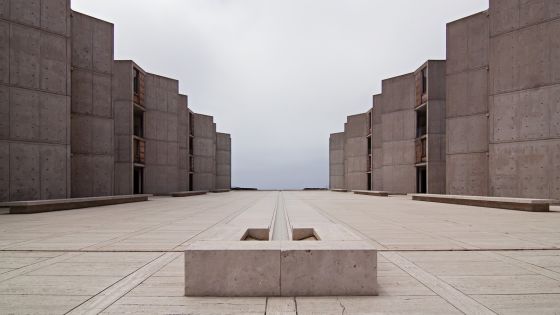 Is anyone actually so oblivious to the impact of their surroundings?

If architecture often seems poorly attuned to human needs, this probably has less to do with insufficient input from neuroscientists and much more to do with what is invariably the case: that the creators of public spaces rarely spend a significant portion of their own lives occupying their own creations.

However Jonas Salk was inspired by the monastery in Assisi, it’s frankly hard to compute how that translated into the desolate features of the Salk Institute.

No doubt we should try and reap the rewards of whatever understanding neuroscience can provide, but mindful that it can only provide information. The creativity that infuses life into artistic creations requires more than the aggregation of information.