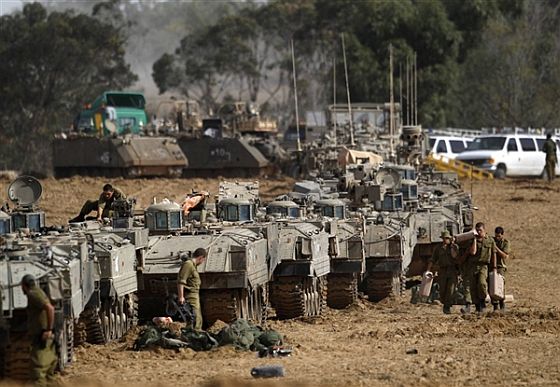 Israeli soldiers prepare armored personnel carriers near the border with the Gaza Strip on Friday.

NBC News: Israeli troops have massed near the Palestinian territory and witnesses said they could see Israeli ships off Gaza’s coast, NBC’s Ayman Mohyeldin reported. Israel’s army would be heavily dependent on reservists to fight any prolonged war. The military has received a green light to call in up to 30,000 reserve troops.

It was unclear Friday whether Israel’s move to call up reservists presaged a ground invasion or was intended more as an intimidation tactic to pressure Hamas.

Visit NBCNews.com for breaking news, world news, and news about the economy