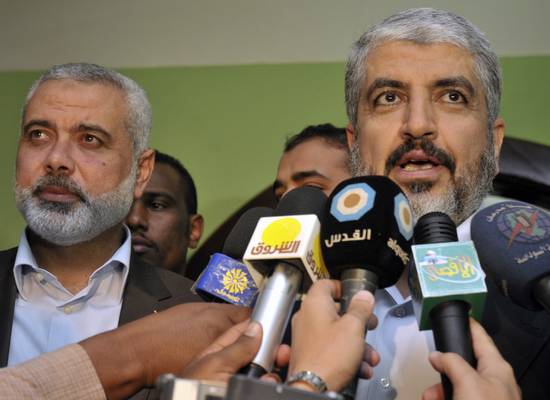 No one in Washington has a better understanding of Hamas than Mark Perry. He’s been in communication with the Palestinian resistance movement’s leadership for much of the last two decades.

As bombs rain down on Gaza we are again reminded of the ruthlessness with which Israel controls and takes away the lives of Palestinians, but at such a juncture there seems to be all the more reason to try and understand Israel’s nemesis in Gaza. This morning I posed a few questions to Mr Perry that, at least to my mind, seem to have been left out from much of the analysis of the current conflict.

Paul Woodward: As the latest Israeli assault on Gaza has unfolded, there has been a considerable amount of speculation about how this plays into Benjamin Netanyahu’s political calculations as he approaches elections in Israel due to take place in January. Much less has been said about the political contest currently taking place inside Hamas. Can you describe that contest and talk about how this might have affected the choices being made by the Hamas leadership inside Gaza? 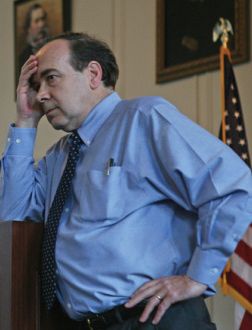 Mark Perry: The Hamas leadership has been embroiled in a difficult internal debate that is both ideological and personal. On the one side is Ismail Haniyah and his Gaza allies, who believe that the movement should align itself more closely with Iran and take a harder line on reconciliation with Fatah. On the other side is Khaled Meshaal, the head of the movement, and his political allies. Meshaal has a more internationalist vision — and one that takes account of the shifts inside the Arab polity, and inside the movement itself.

The disagreement surfaced in August of last year when Hamas signaled its disapproval of Bashar Assad’s handling of the Syrian uprising by refusing to mount demonstrations among Palestinians in Syrian on his behalf. The movement then moved its headquarters from Damascus. Mr Haniyeh took exception to this decision and criticized the politburo for their actions. Then, in February, Meshaal and Haniyah had a confrontation over Haniyah’s decision to travel to Tehran to show “solidarity” with the “Axis of Resistance.” Meshaal attempted to dissuade him from making the visit. Haniyah attended the conference, but his subsequent visit to other Arab capitals, was not a success. They signaled their disapproval of his views, allowing him to meet with only minor officials.

Haniyah also strongly disagreed with Meshaal’s handling of the reconciliation negotiations with Mahmoud Abbas. Meshaal took a more moderate line with Fatah than his Gaza colleagues, believing the continued divisions between the two movements could become permanent — and fatal to the Palestinian national cause. Haniyah accused him of making unilateral decisions without seeking consensus among his colleagues.

While it’s difficult to know exactly how this has played out on the ground in the recent crisis, Haniyah and his allies have worked to strengthen their claims of being the most credible leaders of Palestinian resistance — a claim that has been enhanced by Israel’s recent offensive. Ironically, or perhaps not (especially for those of us who follow this kind of thing), Israel singled out for assassination a Hamas leader in Gaza who was closer to Meshaal’s vision than Haniyeh’s. That is to say: Israel’s assassination strengthened Hamas’s radical wing. But then, perhaps, “they shall have wars, and pay for their presumption.”

Woodward: With the Muslim Brotherhood now in power in Egypt, why has the border with Gaza remained mostly closed?

Perry: I have a tentative and unsatisfactory answer. The Sinai is a security mess for Egypt’s new government, their economy is in crisis, the salafist current remains remarkably resilient, the Gaza leadership remains unpredictable and the last thing that President Morsi needs is a fight with Israel. Morsi is not Mubarak, he supports the Palestinian cause. But just now, he prefers quiet. He gets that by controlling the border, not throwing it open. And without stability, Egypt’s economy will be finished — and so will he.

Woodward: Qatar just promised to invest $400 million in Gaza. It looks like that probably won’t be enough to even cover the cost of the damage from Israel’s latest airstrikes. As much as the Qataris along with Hamas’s other nominal allies might voice their support for the Palestinian resistance, do you think the latest violence will make it more difficult for Hamas to secure financial support?

Perry: Hamas has made its choice. It had to choose between Assad and the Syrian people, and it chose the Syrian people. It had to choose Iran’s money or its own principles, and it chose its principles. It did this long before Qatar came to its aid. This is not the hallmark of a radical group bent on violence and terror. It is the sign of a mature political movement that represents the best interests of the Palestinian people.

We need to recognize what has happened in the Arab world — both within Arab governments as well as inside its most important political movements. The Arab Spring has taken hold, top to bottom, through all of these societies. Hamas’s leadership, to their credit, has responded to these changes by adopting policies in line with the views of the vast majority of their people: for accountability and transparency. This is not a perfect organization led by charm school graduates, but it is capable of making rational and politically mature decisions.

This pragmatism and maturity is not a secret to other regional leaders. Khaled Meshaal is welcome in Ankara, Cairo and Doha — where his views are solicited. Israelis read his speeches and talk to his followers: by arresting them in order to do so. I believe that he, and the people around him, hold the key to resolving the longest standing and most intransigent conflict in the region.

In Iraq, our senior military commanders determined that we could “not shoot our way to victory” and shaped a political opening to the insurgency. In so doing, we extracted ourselves from a divisive, bankrupting and spirit sapping war. Why not do that now? We can maintain our strong support of Israel, but we should not allow them to hold our interests in the region, and our friendship with badly needed Arab allies, hostage to their decisions.

My belief is that, when this crisis subsides, Arab governments will throw money at Hamas.

Woodward: Having severed its ties to Syria, how much support does Hamas still get from Iran?

Perry: The shift away from Iran has been significant. The last monetary support that Hamas received from Iran was in March. The movement then announced that they would not be a party to any future Iranian-Israeli conflict.

You hear all the time that Hamas is an Iranian proxy. It’s not true. And it’s not true when it comes to Hamas’s rocket arsenal. I am very skeptical of reports about Hamas’s capabilities. Let’s not kid ourselves, compared to Israel, their weapons are primitive. Hamas has reportedly received Fajr 3 and Fajr 5 rockets from Iran smuggled through the Sudan. I assume the reports are reliable, but even so Hamas has no more than 70 to 100 of them, and probably fewer now.

No one is denying that a rocket fired from Gaza is lethal. But the idea that Hamas is specifically targeting Israeli civilians with these rockets is preposterous. The rockets have no sophisticated guidance systems, but are cobbled together in Gaza workshops from parts received elsewhere, stuck into tubes and then “fired in the general direction” of Israel.

Woodward: Beyond the goal of survival, what do you think Hamas’s aims are right now?

Perry: To retain and strengthen its position as the premier Palestinian political movement. But its moderate leadership knows this can only be done by successfully forging a reconciliation agreement with Fatah, while recognizing the finality of the Arab Spring — which has swept aside governments that failed to reflect and meet the needs of their people. Khaled Meshaal and his allies inside of the Hamas political bureau know that without increased transparency, and a free, fair and open exchange of ideas among and between its younger and aspiring supporters, the vision of a free Palestine cannot be met.

Woodward: Do you think that the Hamas leadership in Gaza are currently acting in the interests of the local population?

Woodward: Are missiles aimed at Tel Aviv and Jerusalem advancing Hamas’s cause or are its military and political wings currently undermining each other?

Perry: Supporters of Palestinian freedom should not allow their beliefs to blind them to the realities of Palestinian politics. A police state is a police state: whether it is enforced by Abu Mazen’s American trained NSF [National Security Force] in the West Bank, or Hamas gunmen in Gaza. I am not a Palestinian and have no say in how Palestinians choose to govern themselves. But that they have a right to govern themselves is not in question. Free, fair and open elections, the right to dissent, freedom of speech and the right to petition your leaders for a redress of grievances are not American ideas, but universal principles. Abu Mazen needs to open his jails. So too does Ismail Haniyah.

Critics of that position will respond that my views do not take into account the vicious and ongoing oppression of the Palestinians by Israel — or the continuing siege of Gaza imposed by a ruthless Israeli leadership that vowed, openly, to put the people of Gaza “on a diet.” They’re wrong. I have seen the suffering first hand. But the “freedom can wait until the revolution is won” crowd are the same people who support Bashar Assad. A right postponed is a right denied. It is not a contradiction to support the right of the Palestinian people to defend themselves while advocating that their leaders recognize and respond to their needs.

Are Hamas’s military and political wings undermining each other? Ironically, again, Israel’s latest operation has actually accomplished the impossible — it has stitched together a divided leadership and people around a common cause. Abu Mazen, Ismail Haniyah, Salam Fayaad and Khaled Meshaal have different strategies for gaining Palestinian freedom. But when it comes to defending their own people, those divisions and differences disappear. As they have now.

Mark Perry is a Washington-based author and reporter. His most recent book is Talking To Terrorists. His forthcoming book (Basic Books, 2013) is a study of the relationship between President Franklin Roosevelt and General Douglas MacArthur. Perry served as an unofficial advisor to PLO Chairman and Palestinian President Yasser Arafat from 1989 to 2004.