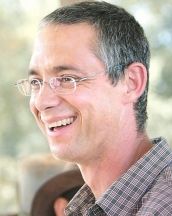 In the Jerusalem Post, Gilad Sharon, son of former Israeli prime minister Ariel Sharon, writes: Why do our citizens have to live with rocket fire from Gaza while we fight with our hands tied? Why are the citizens of Gaza immune? If the Syrians were to open fire on our towns, would we not attack Damascus? If the Cubans were to fire at Miami, wouldn’t Havana suffer the consequences? That’s what’s called “deterrence” – if you shoot at me, I’ll shoot at you. There is no justification for the State of Gaza being able to shoot at our towns with impunity. We need to flatten entire neighborhoods in Gaza. Flatten all of Gaza. The Americans didn’t stop with Hiroshima – the Japanese weren’t surrendering fast enough, so they hit Nagasaki, too.

There should be no electricity in Gaza, no gasoline or moving vehicles, nothing. Then they’d really call for a ceasefire.

Were this to happen, the images from Gaza might be unpleasant – but victory would be swift, and the lives of our soldiers and civilians spared.

If the government isn’t prepared to go all the way on this, it will mean reoccupying the entire Gaza Strip. Not a few neighborhoods in the suburbs, as with Cast Lead, but the entire Strip, like in Defensive Shield, so that rockets can no longer be fired.

There is no middle path here – either the Gazans and their infrastructure are made to pay the price, or we reoccupy the entire Gaza Strip. Otherwise there will be no decisive victory. And we’re running out of time – we must achieve victory quickly. The Netanyahu government is on a short international leash. Soon the pressure will start – and a million civilians can’t live under fire for long. This needs to end quickly – with a bang, not a whimper.